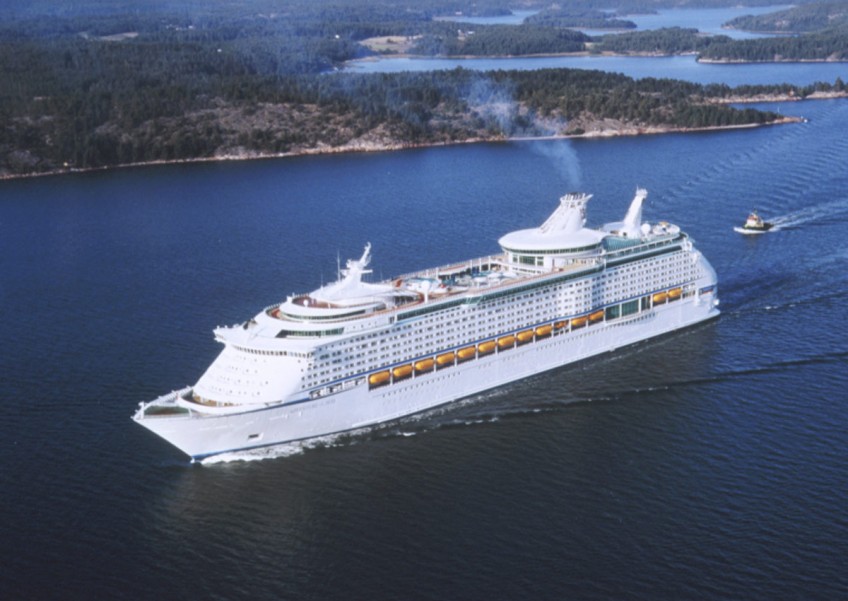 Even a luxury cruise liner planning to sail in the Caribbean again couldn't ignore Puerto Rico's SOS call for help after it suffered an unprecedented catastrophe left by Hurricane Maria which killed at least 16 on the island.

So Royal Caribbean's Adventure of the Seas ship has cancelled its next voyage to give a helping hand in relief efforts.

Said its spokesman: "We are working with local governments in St Croix, St Thomas and Puerto Rico to coordinate the delivery of emergency supplies and to help get people who need evacuation onto Adventure of the Seas."

Refurbished last year, Adventure will depart San Juan to pick up evacuees and deliver relief supplies in St. Croix and St. Thomas tomorrow and on Saturday. The ship will send evacuees to Fort Lauderdale, Florida on Oct. 3 before returning to San Juan on October 6 to prepare for the next cruise on Oct. 7.

Ironically, among its new attractions are dual racer waterslides called 'Cyclone' and 'Typhoon'.

REFUND AND PERKS FOR CUSTOMERS

Adventure of the Seas was scheduled to set off from San Juan on Sept. 30 and sail to various islands in the Caribbean.

Royal Carribean, which operates cruise tours around the world, said it will give full refunds to customers booked on the Sept. 30 cruise.

That's not all. Named  'Best Cruise Operator' at the TTG Travel Awards for 10 consecutive years only in Bangkok yesterday, Royal Caribbean will also offer a 25 per cent cruise credit to affected customers who rebook trips within a month.

TRUMP TO VISIT NEXT WEEK

Deadly Hurricane Maria, the most devastating hurricane to hit Puerto Rico in nearly 90 years, battered the island with roof-ripping winds last week. It wiped out the territory's entire power grid, and brought severe flooding and widespread damage to homes and infrastructure.

Many desperate residents on the island of 3.4 million people have appealed for urgent help as they do not have electricity, reliable drinking supplies and other essentials, reported Reuters.

Relief efforts have been hampered by US shipping restrictions on the island as well as its far-flung location in the middle of the ocean.

A US official said the government is providing food, water, and sheet covers for roofs, with the US military sending 10 flights per hour to carry aid to the island.

The US Navy plans to send its 1,000-bed hospital ship USNS Comfort to the island tomorrow. Two of its amphibious ships had already been deployed there. US President Donald Trump, who finally waived the shipping restriction today, will visit the island next week.

The disaster has brought singers and ex-spouses Jennifer Lopez and Marc Anthony together again.

Both born to Puerto Rican parents, they have created a humanitarian initiative of artists working together to help those in need following recent natural disasters. Lopez has already donated US$1 million for relief to Puerto Rico.

Another celebrity, Pitbull has lent his own jet to transport cancer patients from Puerto Rico to New York to get chemotherapy treatment. Billionaire Mark Cuban is also sending his plane to assist relief efforts.