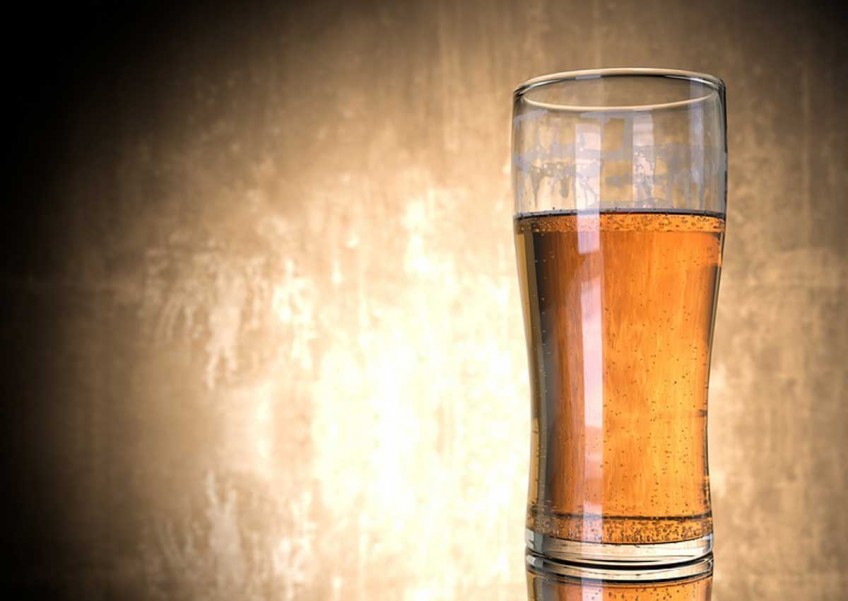 Russians are among the biggest drinkers of alcohol in the world, yet are developing a new taste for alcohol-free beer, which could help save a brewing industry that has stalled under government initiatives to discourage drinking.

Sales of zero-alcohol beer jumped 12 per cent last year even as the broader Russian market shrank by 2 per cent, according to research firm Nielsen, extending a 40 per cent slide in beer sales since the government tightened regulations in 2008.

Anheuser Busch InBev plans to promote the alcohol-free version of its Bud brand as a sponsor of football's FIFA World Cup when Russia hosts it next year. Carlsberg's Russian unit Baltika, which has the largest share of Russia's alcohol-free beer market, said this month it was making new investments in zero-strength beer.

The trend, say people in the industry, is being driven by a move towards healthier lifestyles among Russian consumers, nudged by government measures that include restrictions on alcohol sales and tougher penalties for drunk-driving. "This market is absolutely undeveloped in Russia. We plan to expand our range, we want more," said Dmitry Shpakov, head of AB InBev's Russian business, which markets alcohol-free versions of its international Bud, Stella Artois and Hoegaarden brands as well of some of its Russian brands.

Read also: The world's first craft beer hotel wants to soak you in a hot tub full of beer

Last year AB InBev saw double-digit growth in Russian sales of its alcohol-free beers, and it expects to achieve a similar pace this year.

The segment is growing from a low base. Alcohol-free beer accounts for around 1.2 per cent of Russia's beer market, according to Nielsen. That, said Shpakov, compares to 5 per cent of the German beer market and 13 per cent in Spain.

Read also: Drinking this beer is like drinking an Oreo

AB InBev has a global aim for weak and alcohol-free beer to account for 20 per cent of its total sales by 2025. "I'm not saying it can't be 20 per cent in Russia. It certainly can. We are thinking about a number of very strong initiatives, which can drive this process," Shpakov told Reuters in an interview. "It's a very important focus." Philip Gorham, analyst at Morningstar, said the Russian government's push to curb drinking would help the segment: "Per capita (alcohol) consumption has been declining. If that continues, I do think there is room for non- and low-alcohol alternatives to act as a substitute." Brewers pioneered non-alcoholic beer in the 1980s and 1990s, but with only limited success, partly because consumers did not like the taste. Since then, changes to the production process have made it taste more like regular beer. "I think the stigma attached to drinking non-alcoholic beer is less today than it used to be. Ten years ago, non-alcoholic beer was rare whereas today there is greater consumer acceptance, partly helped by the much-improved taste profile,"said Ed Mundy, analyst at Jefferies. "Do I think that the 1 per cent beer share of Russian beer can that grow? Yes I think so. As consumers come to accept that the product offering is much improved." Cutting back alcohol-free beer is a rare bright spot for a Russian brewing industry which Euromonitor estimates was worth an estimated $15 billion (S$21 billion) in 2016, but which shrank as the government has sought to reduce drinking.

The average Russian over the age of 15 consumed the equivalent of 15.1 litres of pure alcohol per year in 2008-2010, according to the most recent figures from the World Health Organisation. That was a litre less than five years earlier, but still among the highest in the world: only the citizens of two other ex-Soviet republics, Belarus and Lithuania, consumed more.

While spirits still account for 51 per cent of the alcohol consumed in the birthplace of vodka, beer's share rose rapidly after 2000 as international brewers invested heavily.

But beer sales tumbled after 2008 when Russia started to increase the excise tax on it, tightened rules on its advertising and banned its sale in street kiosks. Brewers have since shut 12 plants.

AB InBev has closed five plants, and Shpakov said the firm's remaining five were running at between 40 and 90 per cent of capacity last year depending on season and regions they serve.

The industry had hoped to halt the slide this year, but a new ban on beer in popular plastic bottles larger than 1.5 litres has again hurt sales. Shpakov said he expects the market to fall a further 5 per cent in 2017.

None of the new regulations affect beer without alcohol, and increasingly Russians see it as a safer way to enjoy their traditional drinking culture. Alexander Bumagin, a 40-year-old self employed Muscovite, said he has not drunk alcohol for more than 10 years, but likes an alcohol-free beer to wash down prawns, a typical Russian "zakuska", or drinking snack.

He drinks it "for the sake of the process," he said.