Polish President Andrzej Duda speaks to the media during his visit to the site of an explosion in Przewodow, a village in eastern Poland near the border with Ukraine, Nov 17, 2022.

WARSAW — The Polish president spoke to a hoax caller pretending to be France's Emmanuel Macron on the night that a missile hit a village near the Ukrainian border, his office said on Tuesday (Nov 22), an admission likely to raise questions about its operations.

In a seven and a half minute recording of the call posted on the internet by Russian comedians Vovan and Lexus, Polish President Andrzej Duda can be heard speaking in English to the caller, who attempts to put on a French accent.

The call, the second time in recent years that the pranksters from Russia have succeeded in getting through to Duda, came on an evening when the world feared that the conflict in Ukraine could spill beyond its borders.

Duda's office wrote on Twitter: "After the missile explosion in Przewodow, during the ongoing calls with heads of state and government, a person claiming to be French President Emmanuel Macron was connected." 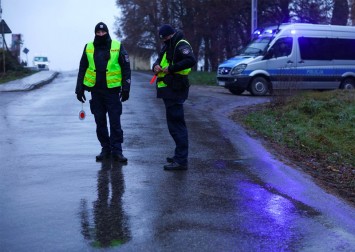 Duda's office was investigating how the callers managed to get through to him together with the relevant services, it said.

Two advisers to Duda could not immediately be contacted for further comment.

Vovan and Lexus are known in Russia for targeting celebrities and politicians with prank phone calls and have in the past tricked Macron, British singer Elton John and former British Prime Minister Boris Johnson, among many others.