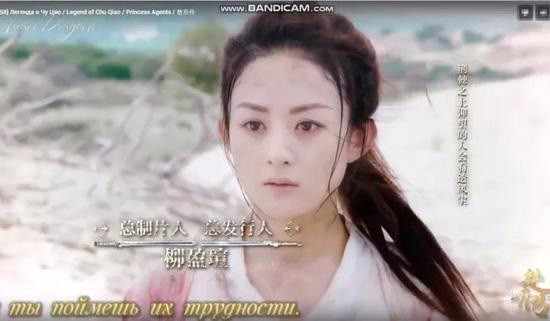 You might be curious how these Russian fans overcome the language barrier and cultural differences to watch Chinese TV dramas. This is the work of Russian subtitle teams.

Thanks to their efforts, Russian enthusiasts can satisfy cravings for their favourite Chinese TV dramas almost as quickly as the latest episode is uploaded in China.

Compared with other genres, Russian audiences prefer historical dramas, said Anna, a member of the subtitle team "Asian Dragon." She said her team mainly translates Chinese historical dramas. The 21-year-old is from Ivanovo, a city in western Russia.

"Asian Dragon" was established two years ago, and has garnered over 7,000 followers. It has translated over 500 episodes of Chinese TV dramas, including the big hits Legend of Miyue, Ode To Joy, Princess Agents and others.

"The bright colors and gorgeous costumes can help Russian audiences better understand the ancient Chinese culture," said Anna, a student at the Russian State University for The Humanities who has studied Chinese for many years.

"It is less difficult than you'd expect to run the subtitle team, because all our members love this work. It's our interest rather than profit that drives us to translate Chinese TV dramas," said Anna.

Anna said that Chinese TV drama has replaced South Korean TV dramas to become a new trend in Russia. Due to the shows, more and more Russians are developing interest in China and Chinese culture.