Rustiness is impeding the aviation industry's global recovery and it may take months or longer for some regions to get back to pre-pandemic levels, according to the boss of Australian carrier Qantas, with rising fuel costs pushing up ticket prices and labour shortages adding to woes.

Speaking to the media ahead of the annual meeting of global airline industry body IATA in Doha on Sunday (June 19), Qantas chief executive Alan Joyce said a major topic of discussion would be the issue of a "rusty industry [and] trying to get it flowing again to get it back to the precision instrument it used to be. There are blocks in the chain all the way through".

Pointing to labour shortages at European airports, where passengers had endured long queues, flight delays and cancellations, Joyce said Qantas had managed to cut waiting times at its customer service call centres from two hours two months ago to three minutes and was working to fix other operational issues.

"It is going to take time getting the system running and as efficient as it was before Covid and that may take a few weeks, a few months. In some cases, maybe a bit longer than that," he said. "We're confident in Australia, we will be there in a few weeks."

Pent-up demand in Europe, America and Australia has caught airports and airlines off guard, having laid off thousands of staff, including pilots, cabin crew and ground-handling staff, during the pandemic.

Passengers wait hours to check in or pass through security, as airports and airlines struggle to hire staff back quickly enough. The manpower shortage has been compounded by some laid-off workers finding new careers and showing a reluctance to return to an industry they view as volatile.

Hong Kong passengers have not escaped the chaos experienced at European and Australian airports. About 150 of them were forced to rebook air tickets or lost their baggage after a flight route from Amsterdam into the city experienced multiple hiccups this month. Sydney airport has also been hit by flight cancellations and delays.

"We are in the same boat, we are not having as significant issues as some airlines are but we are adjusting our schedule and putting in extra resources," said the 55-year-old industry veteran, who has been CEO of Qantas since 2008.

Another major issue is rising jet fuel prices due to the war in Ukraine which has meant higher ticket prices. In March, oil jumped to US$139 (S$192) a barrel at one point, the highest for almost 14 years, and is currently sitting at around US$114.

Joyce said Qantas was managing to cover the impact of higher oil prices by increasing fares on international flights but domestic capacity might need to be cut to absorb the fuel cost impact.

He was speaking at an event where the Qantas Group and Airbus announced a deal to invest up to US$200 million to accelerate the establishment of a sustainable aviation fuels industry in Australia to help meet the airline's goal of lowering carbon emissions. 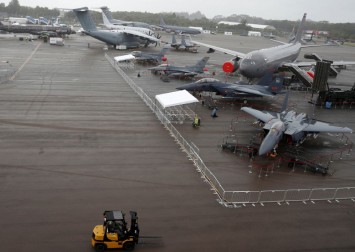 Philip Goh, IATA's regional vice-president for Asia-Pacific, meanwhile, told the media that fuel costs presented a huge challenge for airlines at about 25 per cent of total costs, adding an extra burden on the recovery which would be reflected in higher ticket prices.

"There's a huge demand capacity not catching up. On top of that, airlines are burdened with a higher cost … Unfortunately for consumers, as long as this situation persists, you should expect prices to creep up," he warned.

Goh said that while Asian airports had so far been spared the chaos seen in Europe, if they did not learn the lessons and plan ahead they would face similar disruptions once demand returned.

He said airports had to tackle hiring now, as it took time to train new recruits and for staff to pass security checks.

Goh said Hong Kong's "dynamic-zero" Covid-19 policy was hurting the city and carrier Cathay Pacific and would continue to have an impact until travel restrictions were lifted.

"For the sake of Hong Kong as a [global aviation] hub they need to do that otherwise traffic will find its way via other hubs and via other centres of aviation connectivity," he said.