Ryan will run for US House speaker, if conditions met 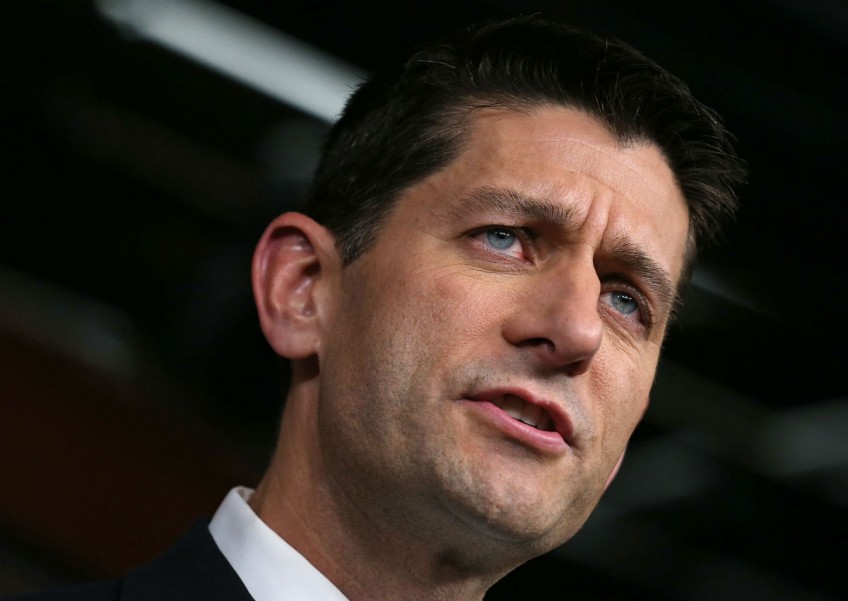 WASHINGTON - US congressman Paul Ryan announced Tuesday he will run for the job of speaker of the House, if his fractious fellow Republicans are able to unify behind him.

The leadership of the chamber was thrown into chaos two weeks ago when number two Republican Kevin McCarthy bowed out of the race to replace outgoing House Speaker John Boehner, amid a revolt by the chamber's hard right faction.

Ryan, the 2012 Republican vice presidential nominee and a commanding figure in Congress who serves as chairman of the powerful House Ways and Means Committee, was quickly floated as a replacement, but he expressed hesitation about taking the job.

Tuesday, he sounded as if he had come around. But he set out some important conditions for taking the most powerful job in Congress, which would put him in line to the presidency after the vice president.

"If I can truly be a unifying figure, then I will gladly serve," Ryan told reporters after a Republican special meeting in the US Capitol.

He made it clear he did not want a bruising leadership battle, but stressed the need for Republicans to unite behind him before Boehner calls a floor vote for the entire House of Representatives.

And he wanted rules changes made that would help ease the constant gridlock that has marred the House in recent years, a condition that he blamed in part on his own party.

"We have become the problem," he said, noting how the public has accused Republicans for much of the dysfunction in Congress.

"If my colleagues entrust me to be the speaker, I want us to become the solution." Ryan, who returns every weekend to his native Wisconsin to his family with young children, also insisted he "will not give up my family time" for the job.

Spokesman Brendan Buck said Ryan gave his colleagues until Friday to decide whether he is their man.

"If the members agree with his requests and share his vision, and if he is a unity candidate - with the endorsement of all the conference's major caucuses - then he will serve as speaker. He will be all in," Buck said.

If not, Ryan "will be happy to continue serving" as Ways and Means chairman.

He was seen as a savior who could tame the rowdy House, but the question is whether the 40 or so ultra-conservatives in the "Freedom Caucus" will be satisfied with Ryan's conditions.

The conservatives had demanded changes in procedures to give a greater voice to rank-and-file lawmakers. Ryan said the changes must be made "as a team." Boehner has pledged to stay on as speaker until the end of October, but he has come under pressure to stay longer if the succession issue was unresolved by then.