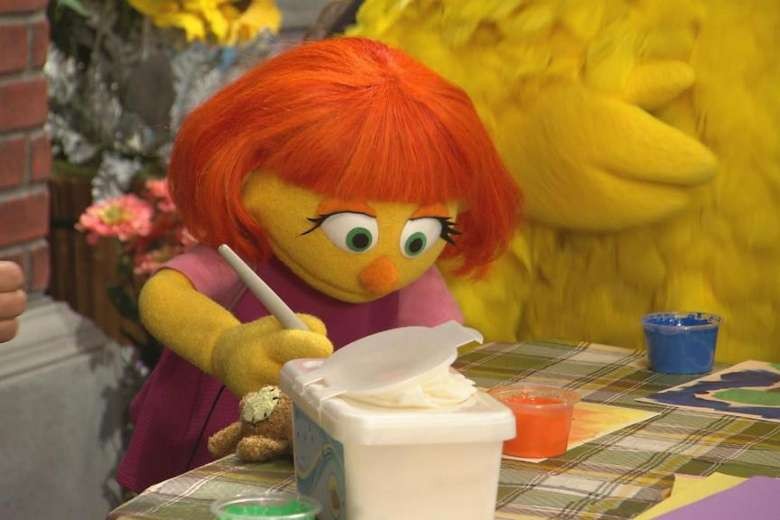 "Sesame Street" has often experimented with new ways of teaching children about social issues as well as their ABCs since its launch nearly 50 years ago.

Now it's taking on a new challenge: autism.

The groundbreaking public television children's programme is introducing a new character, a muppet named Julia who has autism, the show's creators revealed on the CBS News show "60 Minutes" broadcast on Sunday.Diagnoses of autism have risen steadily in recent years to the rate of one in every 68 US children, according to the Centres for Disease Control and Prevention.

But tackling the topic for children was far from straightforward."The big discussion right at the start was, 'How do we do this? How do we talk about autism?'" Sesame Street writer Christine Ferraro told "60 Minutes".

"It's tricky because autism is not one thing, because it is different for every single person who has autism." The episode introducing Julia includes some common scenarios. When Big Bird is introduced to her, she ignores him.

And when a group of children decide to play tag together, Julia becomes so excited she starts jumping up and down."That's a thing that can be typical of some kids with autism," Ms Ferarro said.

But the situation turns into a new game in which all the children jump around with Julia. "So it was a very easy way to show that with a very slight accommodation, they can meet her where she is," Ms Ferraro said.

As for other characters, the show conducted extensive research, including consultations with educators and child psychologists, and in this case autism organisations, to understand how best to normalise autism for non-autistic children.Julia's puppeteer, Stacey Gordon, also happens to be the mother of an autistic son.

"It's important for kids without autism to see what autism can look like," she told "60 Minutes".

"Had my son's friends been exposed to his behaviours through something that they had seen on TV before they experienced them in the classroom, they might not have been frightened."