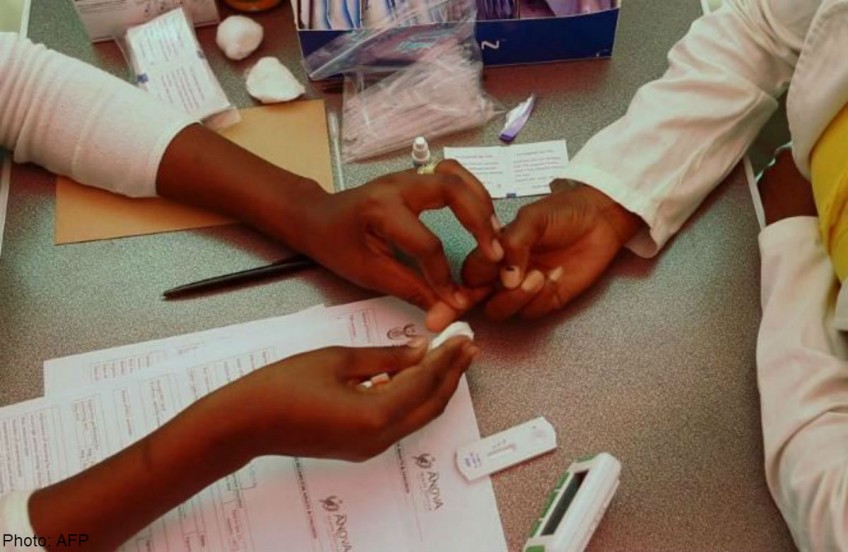 For more than three decades, AIDS and those fighting it have been locked in a tango, moving sideways, backwards or forwards, but still a cure remains elusive.

The 20th International AIDS Conference, opening in Melbourne, Australia, on Sunday will have plenty of opportunity to mull the strange dance with this complex, deadly disease.

For several years now, the news has been sunny, a tale of declining mortality and fewer infections -- the outcome of gruelling lab work and billions of dollars in health investment.

Among the greatest pharmaceutical inventions of all time, drugs to repress HIV are more and more reaching those in need, and ways are being explored to use them to prevent infection by the AIDS virus, not just treat it.

Added to this is a campaign under way in sub-Saharan Africa to promote male circumcision, which has been found to be remarkably effective in shielding men from sexually-transmitted HIV.

"It is easy to forget where we were 30 years ago -- overcrowded AIDS wards, little funding for and even less understanding of HIV," Michel Sidibe, chief of the UN's specialist programme UNAIDS, told AFP.

"The AIDS epidemic devastated families, communities and had a major impact on countries where the epidemic took hold. But over the last 15 years, there has been remarkable progress and we have moved from despair to hope."

But, true to AIDS' unpredictable tango, the buoyant mood has been jolted by a sharp disappointment.

A path that seemed to lead to the glittering goal of a cure for HIV now seems to point to a dead end.

The hopes had been sparked by an infant in the United States, known anonymously as "the Mississippi Baby," who was born with HIV to an infected, untreated mother.

She was given a strong dose of drugs immediately at birth and the treatment continued for 18 months, when physicians lost track of her.

When doctors next checked her five months later, they could find no sign of the virus -- an astonishing discovery, given that the human immunodeficiency virus (HIV) invariably rebounds less than a month after treatment is stopped.

Last week, though, it was discovered that after the child had lived 27 months without HIV and drugs, the virus had bounced back.

Far from being cured, the "Mississippi Baby" has been put on drugs, a daily regimen that -- in the present state of things -- may prove to be lifelong.

"The announcement... is of course disappointing for all of us in the field," said Sharon Lewin, a leading cure researcher and professor at Melbourne's Monash University, who will co-chair the six-day conference.

"The case has reminded us that finding a cure for HIV -- or a way to put the virus in long-term remission -- is going to be a tough task."

"Why the virus stayed under control for so long and why it rebounded after two years off ART (antiretroviral therapy) will be key questions we must understand."

Held every two years, the International AIDS Conference also is a forum for campaigners to highlight grassroots and financing problems.

The 12,000 participants will be joined this year by a couple of superstar activists -- former US president Bill Clinton and rock singer and poverty activist Bob Geldof.

The conference will also channel anger about laws in Africa that stigmatise homosexuality and in the former Soviet Union that punish intravenous drug users -- a crackdown now extended to Russian-annexed Crimea.

Evidence shows that whenever people with HIV become outcasts, the disease spreads, said Chris Beyrer, a professor at the Johns Hopkins Bloomberg School of Public Health.

"Despite all our scientific advances, the story in 2014 in many, many countries is a wave of new repressive laws and policies... and restrictions on evidence-based HIV policies," Beyrer said in a pre-conference briefing.

Nobel laureate Francoise Barre-Sinoussi, who co-discovered HIV, said, "We are all very concerned about homophobia, repressive measures, lack of political willingness regarding access to care and treatment."