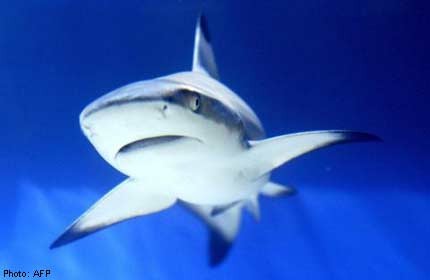 A shark killed a girl, 15, on Monday as she swam with mask and flippers a few metres from the shore of the Indian Ocean island of La Reunion.

It was the second deadly shark attack this year off the French island, which is just east of Madagascar, and brings to five the total of shark-related deaths there since 2011.

The teenager was snorkelling in Saint Paul Bay, in the north-west of the island, an unsupervised area where bathing is forbidden because of high shark numbers, officials said. A friend swimming with her was unharmed, Reuters reported.

"Part of her body was carried away by the shark. Firefighters, lifeguards and a police helicopter are carrying out a search," Ms Gina Hoarau, the head of public safety in Saint-Paul, told AFP. "The operation to recover the upper part of her body is ongoing. The conditions of this attack are very surprising. We didn't think a shark could come so close to the shore," Ms Hoarau said.

St Paul mayor Huguette Bello told the Mail Online: "The girl... came from mainland France and spent her holidays on the island. She was staying on the island with her father, who is in charge of the yacht club in St Paul."

It was the first time in at least three decades that a swimmer, rather than a surfer, was killed by a shark off the island.

Local authorities this month renewed safety warnings after an increase in shark numbers.

Shark fishing is not forbidden in La Reunion but few sharks have been caught there since 2009 because of a toxin currently found in their flesh.