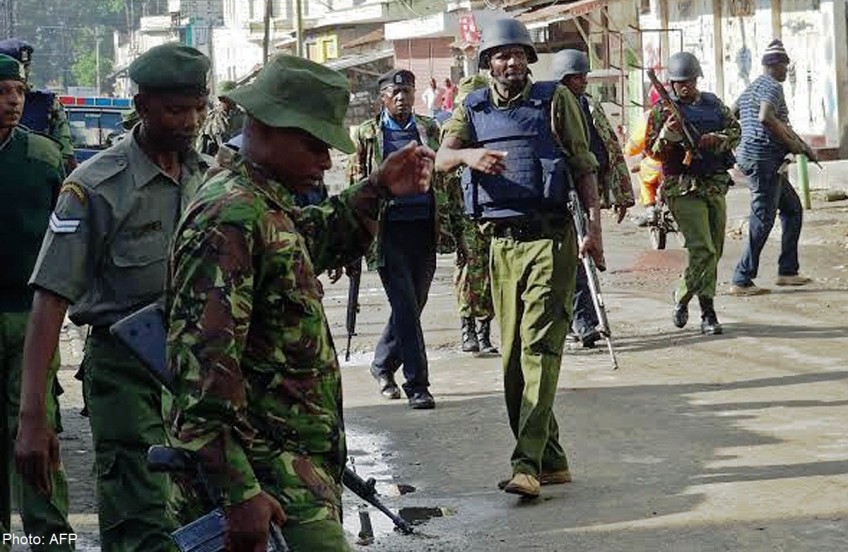 MOGADISHU - Islamist Shebab militants mounted an attack against the headquarters of the African Union force in Somalia on Thursday, with explosions and gunfire rocking the area, officials said.

The African Union force said all of its personnel as well as UN staff were unharmed, disputing claims from a Shebab spokesman.

Colonel Ali Houmed, an AU force spokesman, confirmed the attack without providing further details. Somali police official Abdi Ahmed spoke of strong explosions at the rear entrance to the base and exchanges of gunfire, while Shebab claimed responsibility.

"Our fighters are inside the headquarters of the foreign troops in Somalia," Shebab spokesman Abdulaziz Abu Musab told AFP, also claiming several African Union soldiers had been killed.

An AFP photographer heard gunfire coming from the inside of the AU base, but it was not immediately possible to verify the Shebab spokesman's claims. The photographer later reported that gunfire in the area had halted.

A Western security source estimated there were between 15 and 20 attackers and it was unclear whether they had entered the base.

The AU force headquarters is a fortified structure located on the grounds of the Mogadishu airport, which has also been placed under high security and is home to several embassies.

There are currently some 22,000 African Union troops as part of the force, known as AMISOM, deployed since 2007. They have managed to push Shebab militants out of the capital, but the Islamists still hold large amounts of territory.

Recent Shebab attacks in Somalia have targeted key government and security sites in an apparent bid to discredit claims by the authorities and African Union troops that they are winning the war.

Thursday's attack came a day after Somalia's parliament endorsed a new prime minister, appointed last week after the war-torn country's president fell out with the previous premier amid bitter infighting.

The United Nations, United States and European Union - all key backers of Somalia's fragile government - have all warned that power struggles in Mogadishu were a damaging distraction for the country as it tries to battle Shebab rebels.