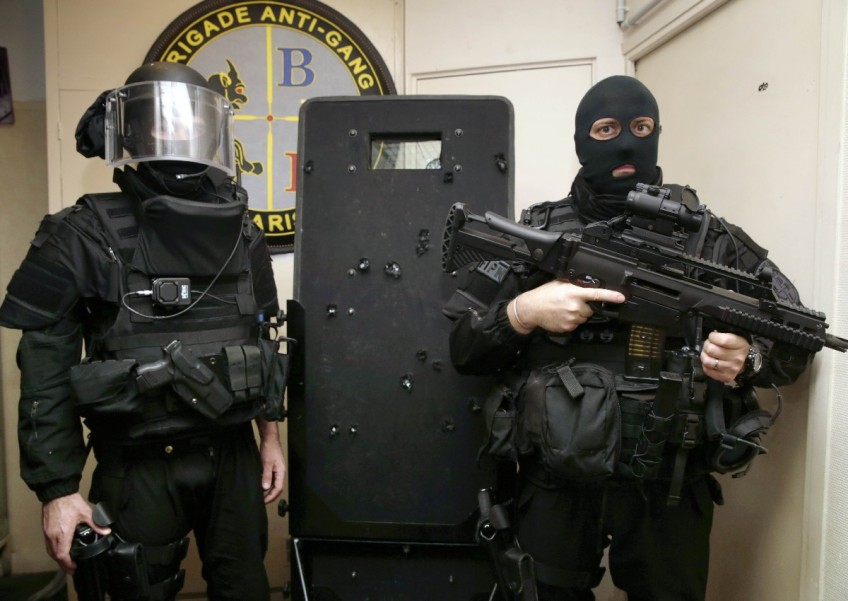 French police commandos of the Search and Intervention Brigade (BRI - Brigade de recherche et d'intervention) pose with a bullet-hole riddled riot shield in Paris on November 17, 2015, which was used during the assault at the Bataclan threatre during the November 13, 2015 terror attack in Paris, in which at least 129 people were killed
AFP

Shooting broke out in a northern suburb of Paris during an anti-terrorist police operation, sources said Wednesday, five days after the worst attacks in French history killed 129 people in the capital.

There was an exchange of gunfire during the operation in Saint-Denis, according to a source close to the investigation, who could not confirm who was targeted in the operation. Another source said a special armed response unit took part in the raid.