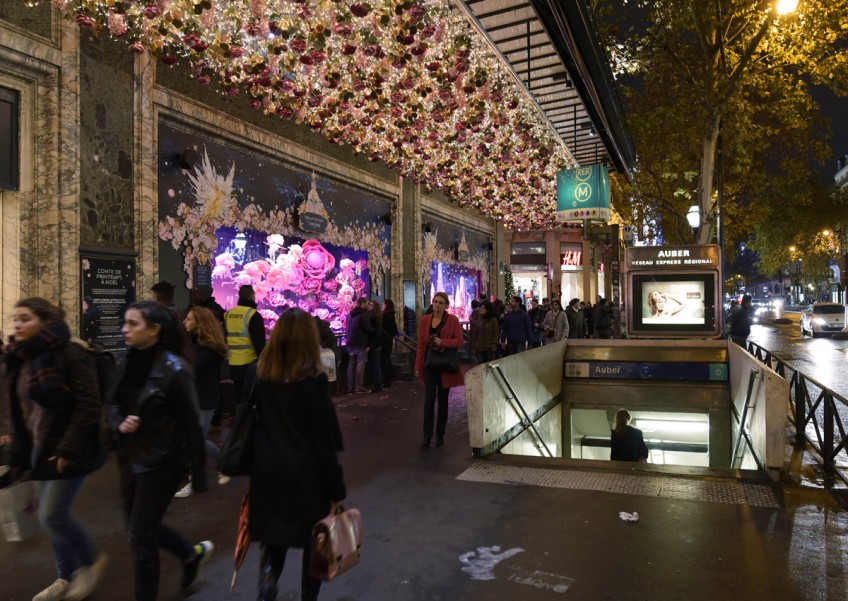 Paris - The number of shoppers visiting two of Paris' iconic department stores has dropped by up to half in the wake of last week's attacks in the capital, management indicated Thursday.

Printemps and Galeries Lafayette said the number of people passing through their doors since last Friday's attacks had dropped by around 30 and 50 per cent respectively.

French authorities initially asked people to stay home and not congregate following the attacks which left 129 people dead, but now urge everyone to go about their daily lives as normal.

"We say to all our fellow citizens that they can move about, go to work, they can consume and live normally. That is the message which we which to transmit -- that life goes on," Pinville said.

Paris police prefect Michel Cadot, accompanying Pinville, noted security had been reinforced with the deployment of 1,500 troops on the city's streets.

France's CDF traders' confederation estimated there had been "an important falloff in sales" since the attacks but its president Francis Palombi said he was as optimistic retailers would bounce back going into the pre-Christmas period.

"The falloff has been very notable in the provinces and Paris," Palombi told RTL radio, estimating the drop at as much as 10 per cent for small businesses and nearer 50 per cent for larger firms.