Almost all the adults of a small town in Brazil were inoculated with the Sinovac vaccine, creating an in immunity barrier for the community, according to preliminary results.

A Brazilian research institute said preliminary results from a small town in the country indicated a big reduction in coronavirus hospitalisations and deaths after almost all the adults in the community were given vaccines by Chinese partner Sinovac Biotech.

Releasing the interim data on Monday (May 31), the Butantan Institute said the vaccines created an immunity barrier in the town of 45,000 people.

In the Brazil study, some 27,000 adults, or 96 per cent of the adult population of Serrana outside Sao Paulo, were given two doses of the inactivated vaccines at a 28-day interval starting in mid-February.

The town has 45,000 residents and the regimen was completed on April 11.

Five weeks after full inoculation, the town saw an 80 per cent of drop in symptomatic cases and an 86 per cent decrease in hospitalisations, the institute said.

The announcement came days after a study involving 128,290 vaccinated health workers in Jakarta , Indonesia, indicated that the two-dose Sinovac regimen rolled out between January and March protected 98 per cent of the recipients from death and 96 per cent from hospitalisation.

In addition, 94 per cent were protected against symptomatic infection seven days after completing the doses. 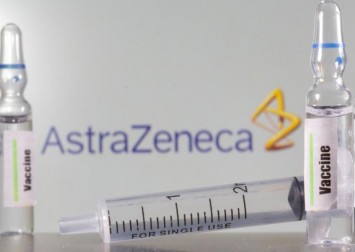 The rates are higher than the phase 3 trial data for a broader study among health care workers with high risk of infection in Brazil last year.

The overall efficacy rate, which also includes very mild cases that did not require medical help, was 50.38 per cent , it said.

Meng Weining, Sinovac’s vice-president of international affairs, said efficacy data could be affected by different factors and even when trials are designed the same way.

“Trial results of the same protocol but at different times will have different results, depending on how the epidemic is. A higher attack rate will result in a lower efficacy rate,” Meng said.

“There is also a factor of coronavirus variants, so the trial results in Brazil might be different from another country.”

Jin Dong Yan, a professor with the University of Hong Kong’s medical school, said the Serrana study could indicate the potential for Sinovac to make an impact on the disease at a community level, but more information was needed.

“It’s a positive sign, but for this positive sign to have a bigger impact, they should present the raw data so everybody can be convinced,” he said, referring to the underlying data used to calculate the statistics, as well as information about the number of adults and children who were infected but not showing symptoms.

“For example, what is the ratio of asymptomatic infection and are those carriers spreading the virus to others? If they are not transmitting the virus to any family member or close contact, it’s a good sign, but we need better data.”

Jin said that overall it was not surprising that Sinovac had an impact on disease outcomes. 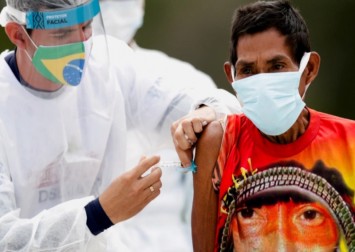 Sinovac said the data was preliminary and a more detailed report was expected to be released later.

By Monday, Sinovac had delivered 600 million doses in China and around the world and of those, 430 million had been administered. The company has an annual capacity of 2 billion doses of finished and packaged products and is aiming to expand production capacity this year, according to Meng.

More than 315.8 million doses of Sinovac vaccine have been administered in China from mid-December, when China started to mass inoculation drive, though last Sunday.

The company’s vaccine output has been growing steadily since the end of February, reaching a record 36.8 million doses on Monday.

Ricardo Palacios, the institute’s medical director of clinical research, who directed the study, said the researchers divided the town’s residents into four groups with similar populations for comparison. 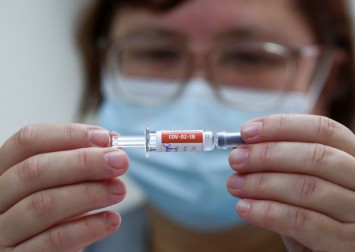 “We understood that the [immunity barrier] phenomena observed did not happen randomly, but it repeats in the four groups,” Palacios said.

“The most important result was understanding that we can control the pandemics even without vaccinating all the population.”

The study also shows the vaccine is effective in protecting against the P1 coronavirus variant, which was behind the surging cases in Brazil in April, according to Meng.

“Most of the strain of the coronavirus that was prevalent between February and April was the P1 variant. The results show the vaccine can offer excellent protection against such variants,” he said.

Meng said about 10,000 Serrana residents worked in neighbouring cities where there were high numbers of Covid-19 cases, and the vaccines appeared to be effective in these cases too.

“Serrana is a commuters’ town. Many people travel to other cities to work and come back home in the evening. Even so, the vaccine has offered excellent protection,” Meng said.