Snakes on a plane? Try a scorpion - reported on a United flight, of course

No, nobody was dragged off a plane - this time passengers on a flight bound to Quito, Ecuador, from Houston tweeted about a scorpion on their plane Thursday evening.

A few passengers have reported there was a scorpion on Flight 1035 and the flight was evacuated.

According to United, the scorpion "emerged from a customer's clothing."

How the scorpion got there in the first place is unclear.

The traveller wasn't stung, as was earlier reported by another passenger, a United wrote in a statement.

"Paramedics at the gate immediately examined the customer and determined that he had not been stung. The customer declined further medical treatment and, as a precaution, a new aircraft was arranged," the statement reads.

United handed out meal vouchers because of the delay. 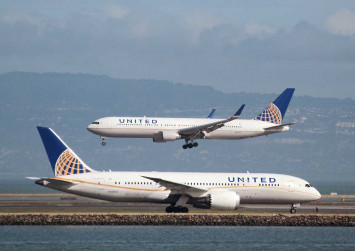 The flight had been delayed for more than three hours.

This isn't the first time this has happened.

Back in April - the same week of the infamous dragging incident - a scorpion fell onto a man's head and stung him.

This was on a United flight from Houston to Calgary.

We are beginning to see a pattern here involving United, Houston, and scorpions.