Burly police officers forcibly removed a woman from a Southwest Airlines plane before it took off from Baltimore on Tuesday night (Sept 26), the latest shocking airline fiasco to be caught on film and widely condemned on social media.

After spotting two dogs on board, the woman told the crew she was severely allergic to pets. According to a witness, she had asked for the dogs to be removed. However, the airline said the woman was unable to provide documentation to prove her allergy and was told to leave.

Believed to be a professor, she refused and so the crew called the police for help. That's when the scene turned ugly.

"She put up a pretty ferocious fight to not be removed from the plane," said Bill Dumas, a film producer who recorded the ensuing struggle between the woman and officers and posted his video on YouTube.

Dumas, who is also an actor and musician, said the officers "were in a very, very tough situation" because of her defiance.

The video shows one officer pushing her from behind while another pulled her from the front.

At one point, she stopped to adjust her pants after accusing an officer of ripping them off while she was being dragged along the aisle.

Then, when one officer grabbed her forcibly from the back and pushed her forward, she yelled "what are you doing" and "don't touch me" repeatedly.

He then locked her in a tighter embrace, ordering her to "Walk! Walk! Walk!". That's when she identified herself: "I'm a professor. What are you doing?" But officers ignored what she said and marched her off.

But netizen Kevin White felt the woman "kind of brought it on herself".

"She had a problem, and she wanted everyone else to put themselves out of their way for her. She wasn't walking. She continued to stand her ground and argue with the authorities," he said.

To the woman and other passengers, the ordeal was probably reminiscent of the April incident which saw security officers grabbing a man out of his seat and dragging him off a United Airlines flight in Chicago. It led to a public outcry about disgraceful treatment of airline passengers.

Faced with a sea of criticisms, Southwest acted much faster than United in the incident.

It immediately apologised with a statement which reads: "We are disheartened by the way this situation unfolded and the customer's removal by local law enforcement officers.

Southwest spokesman Chris Mainz said on Wed (Sept 27) the woman had reported she had a life-threatening allergy but could not produce a medical certificate that she needed to continue on the flight to Los Angeles.

Mainz said the airline offered to rebook her on a flight the next day, but she declined.

The woman told officers she needed to get to Los Angeles because her father was having surgery the next day. Hers was the last flight to LA that night.

The airline, which declined to reveal her name, said it is not their policy to inform passengers ahead of time about animals on board.

"In most cases, we can separate the animal from customer with an allergy," said Mainz. "The onus is on the customer to tell us what their needs are." 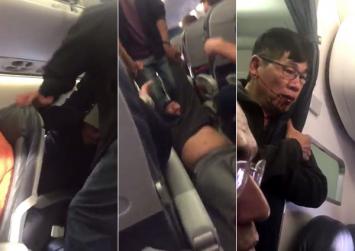