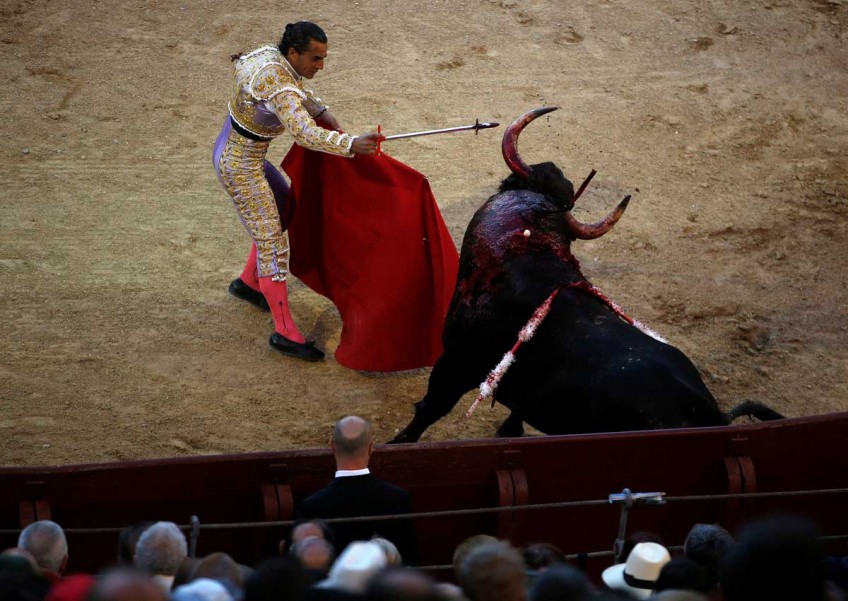 Spanish bullfighter Ivan Fandino performs after he drives a sword into a bull to kill during San Isidro's bullfighting fair at Madrid's Las Ventas bullring, Spain, May 18, 2017.
Reuters

MADRID - A Spanish bullfighter died on Saturday after he tripped in the ring and was gored in the chest by the bull in southwestern France, according to media reports.

Fandino stumbled after tripping on a cape used in a turn to engage and distract the specially-bred fighting bull, and the animal then pierced the matador's side with one of his horns, EFE said.

He is the second Spanish bullfighter to die in the ring in the past year. Victor Barrio was killed after being gored by a bull in front of spectators last July, the first time since the early 1990s a professional matador had died in the ring in Spain.

Every year several people die in Spanish summer festivals involving bulls running through towns or being chased in the countryside, which often attract tourists.