Spectre of US debt default looms at Asia summit 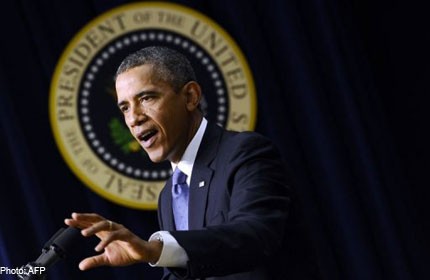 With Asia sitting atop a mountain of Treasury bonds, a political stalemate in Washington that raises the spectre of a calamitous US debt default has become a major issue of concern at the meeting in Brunei.

A US official travelling with Kerry confirmed that the debt ceiling was discussed but downplayed the Chinese concerns, saying Li had vowed continued investment in the world's largest economy.

"Secretary Kerry made clear that this is a moment in Washington politics and reaffirmed the president's commitment to resolving the issue," the official told reporters. "They also agreed that the United States has one of the strongest economies in the world and that they have a shared interest in continuing the close economic working relationship."

China held $1.277 trillion (S$1.58 trillion) in US debt as of July, according to Treasury Department figures.

Kerry and Li joined 16 other world leaders in Brunei on Thursday for the East Asia Summit - the climax of nearly a week of top-level meetings which began in Bali at the Asia-Pacific Economic Cooperation forum's annual gathering.

The crippling budget standoff in Washington forced Obama to cancel a visit to Asia where he had hoped to tout his "pivot" towards the region at the back-to-back summits.

Apart from reaching a budget deal to end a government shutdown, Congress must agree by October 17 to raise the $16.7 trillion US borrowing limit - or risk a default on sovereign debt.

Failure to do so could see the United States default on its obligations for the first time in its history and spark what the White House warns will be dire economic consequences which could spread around the globe.

Emerging economies - which have already borne the brunt of recent market upheaval over the expected tapering of US monetary stimulus measures - are particularly anxious to see a breakthrough in Washington.

"(If) the world's biggest economy turns belly-up, how can you actually protect yourself?" Philippines President Benigno Aquino told reporters. "But I don't think that will happen."

With Obama's absent from the Asia summits, China has been free to wield its growing diplomatic and economic clout in the region.

Beijing offered an olive branch Wednesday to Southeast Asian nations wary of its territorial claims to most of the South China Sea, including waters near the coasts of its neighbours.

The Philippines, Vietnam, Malaysia and Brunei - all ASEAN members - have competing claims to parts of the sea, and Manila and Hanoi have in recent years repeatedly accused China of becoming more aggressive in the dispute.

China has struck a friendlier tone of late, agreeing recently to discuss a code of conduct at sea with ASEAN aimed at preventing conflict. The South China Sea is believed to hold vast deposits of oil and natural gas and is regarded as a potential military flashpoint.

Japan's ties with China - as well as with South Korea - also have been tense due to territorial disputes.

In bilateral talks with other leaders on the sidelines of the Brunei meetings on Wednesday, Japan's Prime Minister Shinzo Abe consistently raised the South China Sea issue, Japanese officials said.