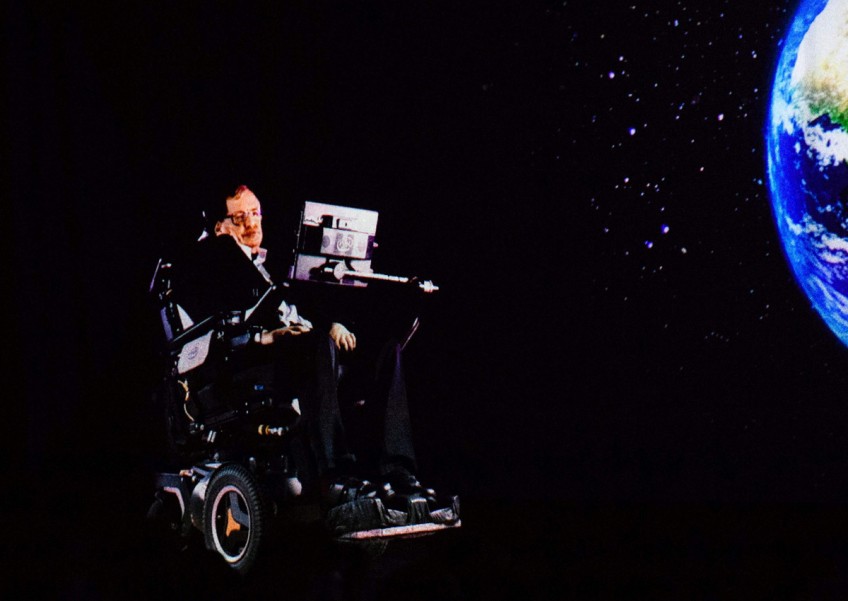 After 30 years of "speaking" in the same voice, renowned scientist professor Stephen Hawking is looking for a new one.

Not to miss the opportunity to become one the voice of one of the most famous people in the world, celebrities sent in their auditions to the theoretical physicist and cosmologist.

Among them were actors Liam Neeson, Anna Kendrick and Eddie Redmayne, who played Hawking in 2014's The Theory Of Everything and is annoyed that he even has to audition.

Chef Gordon Ramsay also tried to win him over, but his potty mouth received a "I don't think anyone would take me [bleep] seriously if I sounded like that" from Hawking, who threw in a swear word of his own.

Talent show judge Simon Cowell got a straight up "No."

Nor was Hawking impressed with Neeson's plea to "Listen to my voice. It's deep. It's sexy. It's got a tinge of … physics."

In the end, he selects one of cinema's most instantly recognisable voices: Michael Caine.

It was all done in good fun though - the spoof auditions were to promote Comic Relief's Red Nose Day, an annual fundraising campaign celebrated on March 24 in Britain and May 25 in the US.

He could still speak then but lost his voice in 1985 when he caught pneumonia and doctors had to cut a hole in his neck to insert a tube into his windpipe. His current computer-based communication system is sponsored and provided by Intel Corp.