A scanning electron microscope image shows the coronavirus as round gold objects emerging from the surface of cells. Much is still unknown about how the virus affects children.

A one-year-old infant who died from Covid-19 had a concentration of the virus in just a small part of the brain, suggesting it may have a limited ability to reproduce there, according to Brazilian researchers.

But it could still cause infection and trigger an excessive immune response that would damage brain tissue, according to the study, led by neuroscientist Stevens Rehen from the Federal University of Rio de Janeiro.

The researchers concluded that the coronavirus “does not efficiently spread into the brain”, in a paper that has not been peer-reviewed posted on preprint server bioRxiv.org on Monday.

Children are less likely to get infected with the virus or develop severe symptoms than adults – though much is still unknown about how it affects them.

However, soon after the first strain of the new coronavirus was identified, Chinese doctors found it could make some children seriously ill.

The first child case was confirmed on January 20 in Wuhan, and by Feb 2 more than 700 children had been treated in hospital for the illness across China, according to a study by Shanghai Jiao Tong University. The youngest was just 55 days old.

Although symptoms in children are generally mild, in China about 10 per cent of infants under 12 months infected with Covid-19 have become critically ill or died from the disease.

In the case of the one-year-old, Rehen’s team found the strongest viral presence in the choroid plexus – the cells in the centre of the brain that produce a clear fluid to protect its tissues.

It was not detected elsewhere in the brain, other than in trace amounts, indicating a limited reproduction ability, the paper said.

However, Covid-19 is known to be associated with a number of neurological symptoms, experienced by an estimated 30 to 60 per cent of infected patients, such as losing the sense of smell or taste, a burning or prickling sensation and a “non-ordinary state of consciousness”.

There was also a sevenfold increase seen in the rate of stroke in patients aged under 50 in New York, according to a study over two weeks in March and April.

Researchers writing in The Lancet Neurology this month said that was “probably related to the presence of Sars-CoV-2 in these young patients”, using the clinical name for the coronavirus.

To verify their observations, Rehen’s team challenged a cluster of artificially grown neural stem cells, or a neurosphere, with the virus. They found the viral strain could infect brain cells, but it could not replicate after entry.

“Our data suggest that the human brain is likely a dead-end site for Sars-CoV-2,” they said. 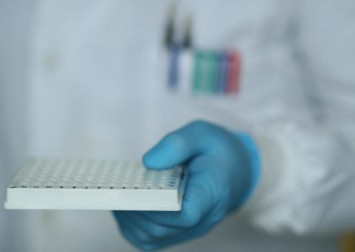 French doctors in Paris reported the world’s first case of a baby being infected in utero with the virus in July.

The newborn suffered numerous neurological symptoms three days after birth, including muscle tension and spasms. The baby recovered and was discharged from hospital 18 days later.

Rehen and his colleagues said in the case of the one-year-old, while the infection appeared to be limited to the cells where fluid was generated, it could also have damaged a barrier that regulates the exchange of material in the brain.

They said that would mean immune cells or signalling proteins such as cytokines could have then invaded the central nervous system, “causing neuronal damage in the young brain”.

But the Brazilian team cautioned that an unusually high viral load could be a factor in their findings.

There is still little direct evidence about the effect of the coronavirus on the brain. Researchers at the Yale School of Medicine in Connecticut found earlier that the virus could invade and reproduce in brain cells, while other studies have had negative results.