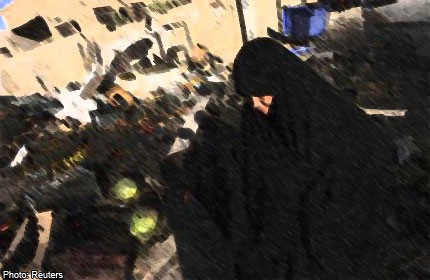 MOSUL, Iraq - A suicide bomber drove a truck packed with explosives into the playground of a primary school in northern Iraq and blew himself up, killing 14 students and their headmaster on Sunday, police and medical sources said.

The attack followed a suicide bombing minutes earlier on a police station in the same town, Tel Afar, about 70 km (45 miles) northwest of Mosul city, where Sunni Islamist and other insurgents have a foothold. There were no casualties in the police station attack.

"We were exposed to two big explosions today in which dozens were killed or injured. The first was a truck bomb targeting a police station and the second was detonated inside the primary school," the mayor of Tel Afar, Abdul Al Abbas, told Reuters.