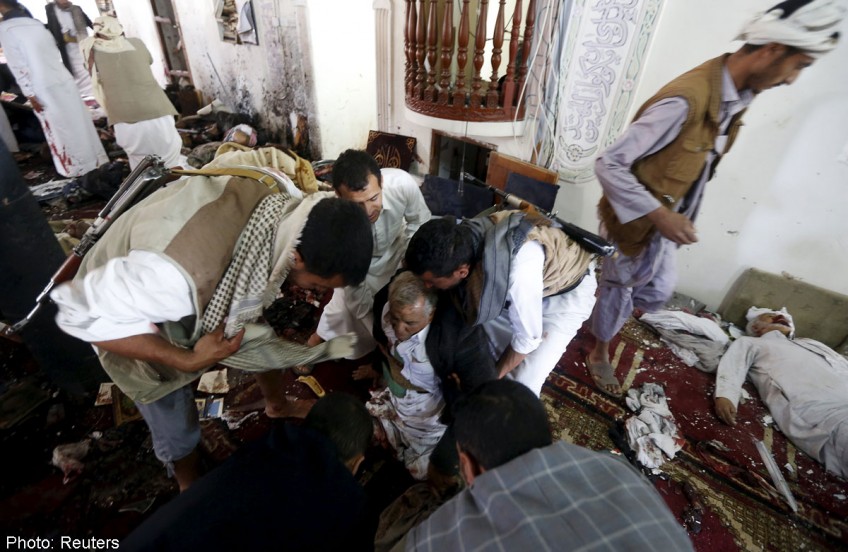 The Islamic State (IS) jihadist group claimed responsibility for Friday's attacks on two mosques in the capital Sanaa and the Huthi militia's northern stronghold of Saada.

President Abedrabbo Mansour Hadi has taken refuge in the southern city of Aden having escaped house arrest in the Huthi-controlled capital last month.

In a letter to the families of the victims, which also included 351 wounded, he condemned the attacks as "terrorist, criminal and cowardly".

"Such heinous attacks could only be done by the enemies of life," who want to drag Yemen into "chaos, violence and internal fighting," said the letter released by his office late Friday.

The Huthis seized Sanaa in September, and have since tightened their grip on government installations, aided by forces loyal to former president Ali Abdullah Saleh.

But in their push to widen their control zone to the south, they faced a fierce resistance by Sunni tribes allied with Al-Qaeda militants, who are strongly active in Yemen.

The killings were the first claimed by IS in Yemen and represent a strong show of force by the group in a country where rival Al-Qaeda is the most prominent jihadist organisation.

Al-Qaeda, however, swiftly distanced itself from Friday's bombings, insisting it does not target mosques.

Hadi has declared Aden the temporary capital of Yemen, given that the Huthis still control Sanaa.