Supreme Court to rule on disclosure of Prince Charles letters 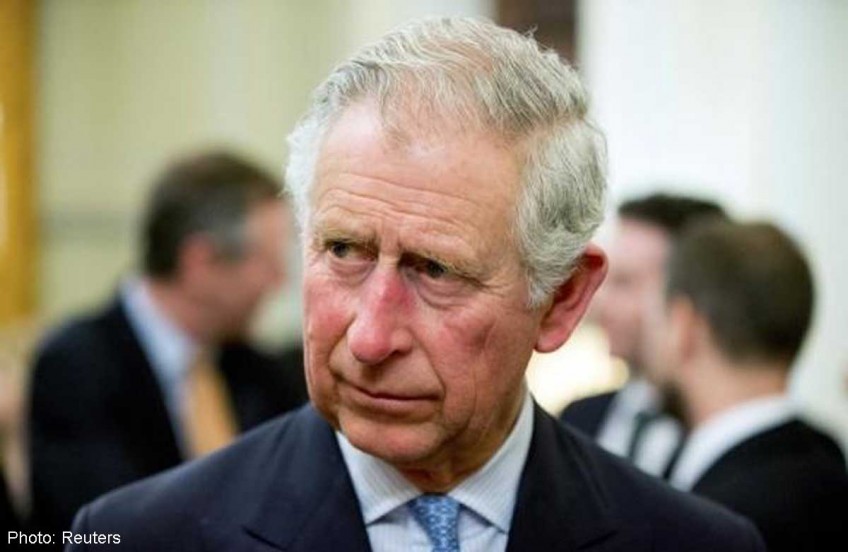 LONDON - Britain's Supreme Court will rule on Thursday whether "particularly frank" letters sent by Prince Charles to ministers should be published, a step that could leave the heir to the throne vulnerable to accusations of political meddling.

The Guardian newspaper has sought for a decade to obtain 27 letters written in 2004-2005 to ministers in then-Prime Minister Tony Blair's government. But despite a court victory, disclosure was blocked by former Attorney General Dominic Grieve in 2012.

Under Britain's unwritten constitution, it is understood that the royal family should remain politically neutral.

Queen Elizabeth has steadfastly kept her opinions to herself during her 63-year reign.

Charles, in contrast, has expressed views about subjects close to his heart such as nature conservation, architecture and genetically modified crops.

His letters to ministers, nicknamed "black spider memos" because of his scrawled handwriting, are potentially controversial if they create the perception that he disagreed with the government and attempted to influence policies.

Grieve had argued that such a perception "would be seriously damaging to his role as future monarch because, if he forfeits his position of political neutrality as heir to the throne, he cannot easily recover it when he is king".

But the Court of Appeal ruled last year that Grieve's veto on disclosure was unlawful. The government appealed against that judgement in the Supreme Court, where seven of the country's most senior judges will deliver their ruling at around 0945 GMT.

The issue of the letters is an unwelcome public relations difficulty for Charles, who with his aides had put a huge effort into improving his image after his 1996 divorce from his popular wife Princess Diana and her accidental death in 1997.

The prince's supporters say he should be allowed to write privately to ministers or anyone else, and there was no obligation on recipients to take his views into account.

"He should say what he thinks. Why not? He's a human being. Some of his views, which were pretty unfashionable in the early days, have come to be respected," royal historian Hugo Vickers told Reuters.

"But unfortunately people will pick over these letters and see what they can find to his discredit whereas in fact I think he's acting out of good intentions," he said.