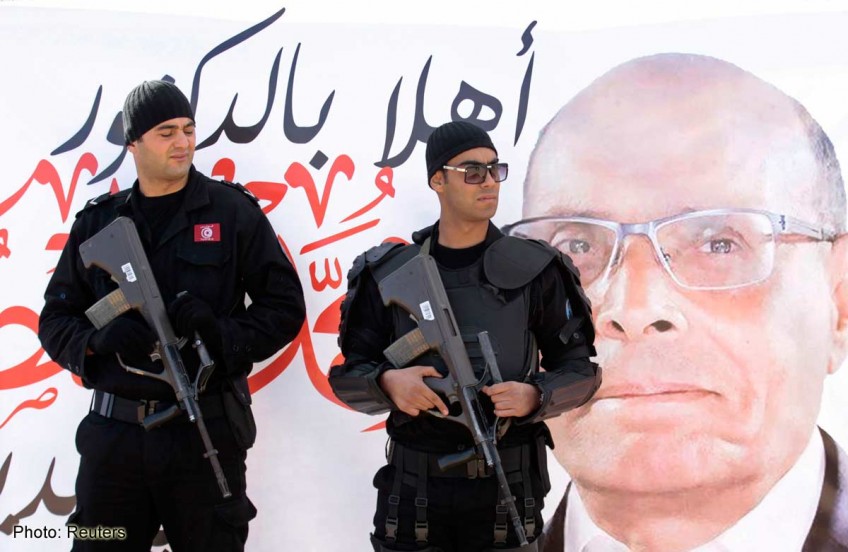 TUNIS - Suspected Islamist extremists slit the throat of a Tunisian policeman south of the capital overnight, the interior ministry said on Sunday.

Since the revolution of January 2011, Tunisia has seen a rise in Islamist extremism and tackling it is one of the main challenges facing the country's first freely elected President Beji Caid Essebsi who was sworn in on Wednesday.

The policeman "had his throat slit and was stabbed in the heart in Zaghouan province as he was returning from work in the capital," a ministry statement said.

It said that a preliminary investigation suggested he had been killed by an Islamist extremist group and that nine suspects had been arrested.

Dozens of police and military personnel have been killed in attacks blamed on Islamist militants since 2011.

In late November, an off-duty policeman was abducted and decapitated in the Kef area close to the Algerian border.