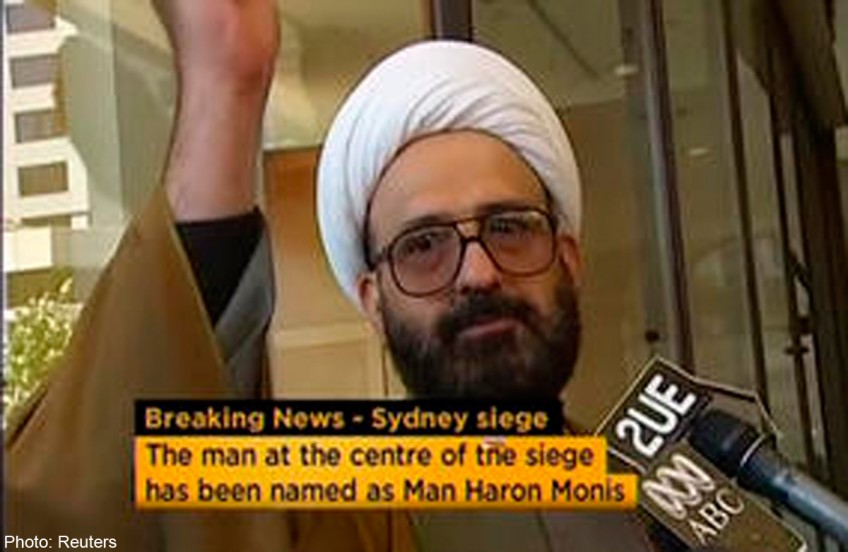 SYDNEY - The partner of Sydney siege gunman Man Haron Monis had her bail revoked Monday after Australian authorities requested a review amid public anger that the pair were on the streets.

Amirah Droudis, 35, had been on bail for a year since being charged with the brutal killing of Monis's ex-wife. Monis was also free despite facing charges of abetting the murder and a string of sexual offences.

Noleen Hayson Pal suffered a gruesome death in April 2013 when she was stabbed 18 times and set alight in western Sydney.

Outrage over their bail grew after the deadly siege last week - in which Monis and two hostages died after a 16-hour standoff - forcing New South Wales Attorney-General Brad Hazzard to demand that the state's director of public prosecutions review the case.

Chief Magistrate Graeme Henson told the Downing Centre Local Court in Sydney that Droudis posed an "unacceptable risk" to the community given her previous convictions and the nature of the allegations.

"The case against the accused is stronger than it was 12 months ago," Henson told the court, without elaborating, adding that the risk could not be mitigated by adding conditions.

He revoked her bail and she was ordered into custody immediately.

NSW Premier Mike Baird welcomed the decision. In a statement, he added that the "government expects community safety to be front and centre of all bail decisions and that is why the attorney-general expressed concern and requested a review of the case".

Droudis, together with Monis, had previously been found guilty in 2013 of sending offensive letters to the families of dead Australian soldiers seven years ago.

The magistrate who bailed Monis last December over the murder and the lawyers who defended him on a string of charges have been the subject of death threats.

Concern about Monis's freedom given his history of violence also led Prime Minister Tony Abbott to order an urgent inquiry into the circumstances surrounding the siege, and into why the gunman was free and not under surveillance.

Memorial services for the two victims of the siege, 34-year-old Tori Johnson and 38-year-old Katrina Dawson, will be held at separate venues in Sydney on Tuesday.

The body of the Iranian-born gunman was to be released to his family Monday after investigators completed an autopsy, the NSW Justice Department told AFP.