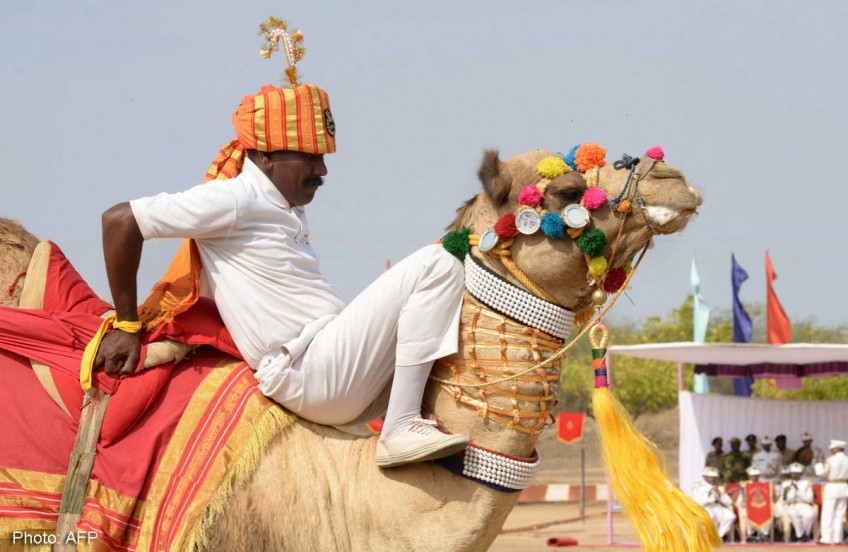 The hunt is on for two missing Bactrian camels apparently taken from a central Missouri farm along with a pair of steers, authorities said on Wednesday.

The owner of the male two-hump camels told police he believed they were stolen on Monday with two 900-pound Black Angus steers, likely using a trailer, said Tom O'Sullivan, a detective for the Boone County Sheriff's Department.

The tan camels are 3 years old and 9 feet tall.

"We're trying to figure out what the market is for camels, where they might be headed and for what purpose," O'Sullivan said in a telephone interview.

Cattle thefts are somewhat common, but camels are not usually reported missing, and investigators are contacting livestock organisations, O'Sullivan said. The police report does not indicate a value on the camels or steers, he said.

Camels are not known for being gentle and cooperative animals, which indicates that the thieves must have known what they were doing in leading them away, O'Sullivan said.

Authorities are not disclosing the farmer's identity because he was the victim of a crime, O'Sullivan said.

The steers are tagged, but the owner does not know if the camels have electronic identifying tracking chips, according to O'Sullivan. He was not sure how long the farmer has owned the camels.