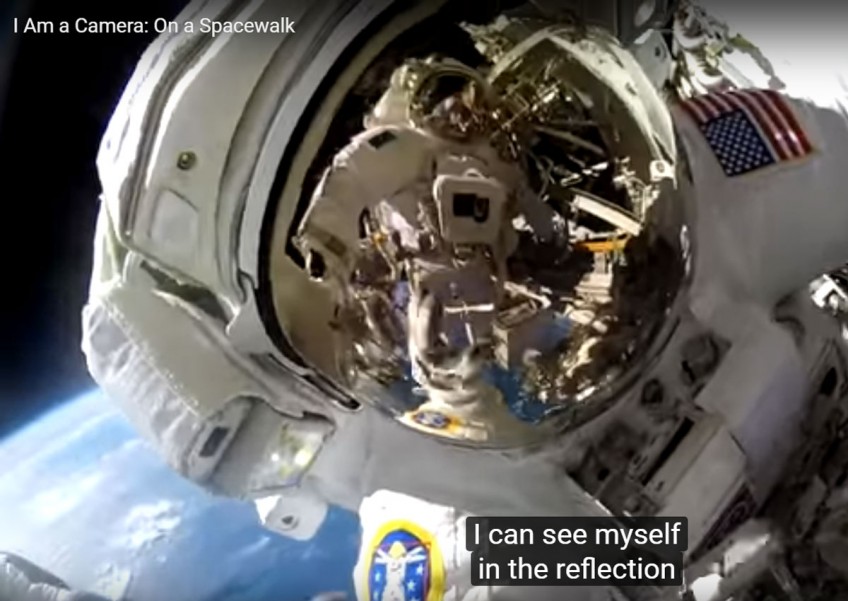 Nasa has released a tongue-in-cheek video capturing a spacewalk at the International Space Station (ISS), from the point of view of a "talking" camera.

Worn by astronaut Thomas Pesquet, the camera provides narration in the video, introducing the astronauts as they work outside and describing various elements of the ISS as it follows them around.

As the video starts, we hear the camera gushing, "Space! I'm in space! It's cold out here."

Through electronic music playing in the background, the camera points out various sections of the space station, including those built by the Russians and Japanese.

The video was shot during a six-hour-long spacewalk conducted by Pesquet and Shane Kimbrough on Jan 13, 2017.