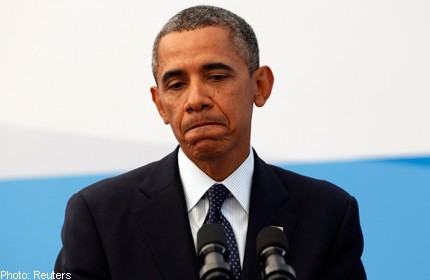 WASHINGTON - It's not just politics, but technology issues raising questions about the future of Obamacare, the landmark health reform spearheaded by President Barack Obama.

As the enrollment system went live October 1 for new Affordable Care Act to cover the uninsured, websites set up for the federal and state governments saw overloads, glitches and crashes, in a big embarrassment for the program.

"Whether you are for or against Obamacare, everyone seems to agree the government really dropped the ball on this rollout," said independent technology analyst Jeff Kagan.

"Why didn't the government ask for corporate help before the train wreck?"

US health officials and some experts said the surge of interest was positive, but the technical problems could deal a blow to the program, which aims to extend coverage to millions of Americans lacking insurance.

"It would have been surprising if there were no problems. In a way, they are a victim of their own success. But if we have these problems weeks from now it will be something more serious."

The launch of healthcare.gov and exchanges in more than 30 states went ahead despite a US government shutdown incited by Republicans opposed to the law, and Obama vowed that six in 10 people could find insurance there for less than $100 per month.

But millions of people were frustrated by the technical issues. AFP found error messages and system failures on several sites, as did other media organizations.

While the Obama administration has a reputation for being tech-savvy, analysts said the bureaucratic process made it difficult to refine and test the system before it went live.

"It took nearly two years to come out with regulations" for the system, said Dan Schuyler at the health consulting firm Leavitt Partner.

"The vendors are very capable, but because of a lack of guidance and timing and delays, they could not get the system tested."

Chris Rasmussen, an analyst who follows health care with the Center for Democracy and Technology digital rights group, said the problems appear to be "easily repairable" but could produce a public relations "black eye" for Obamacare.

Rasmussen said his group's analysis suggests the privacy and security of the online exchanges appears to be robust despite "hyperbole" from Obamacare critics.

Kagan said it was important for the administration to fix the glitches before trust in the system is eroded.

"This is one of the largest and most complex things we have ever done. Typically, a company launches a project like this in a city, then a few cities," said Kagan.

"They figure out what doesn't work right and they fix it before they roll it out nationwide. Why the government thinks it doesn't have to follow the same rules of common sense is a mystery."

Conservatives opposing the reform seized on the news as a sign of the overall problems with the law, which has created a political chasm in Washington leading to the government shutdown.

David Inserra of the Heritage Foundation, a conservative think-tank, said the technical issues highlight broader problems with the reform.

"The cyber risks in the Obamacare exchanges endanger Americans by making them more susceptible to identity theft, insurance fraud, and other crimes," he wrote in a blog post.

"Add to that a whole host of other Obamacare failures, delays, special exemptions, broken promises, and unintended consequences."

Republican Senator John Barrasso told Fox Business News that "I don't think these are glitches. This is a systematic failure of the exchanges."

Health and Human Services Secretary Kathleen Sebelius meanwhile argued that "the volume-related issues are ones that we welcome."

She told CNN this "shows how many people are eager to get real information," and noted that the enrollment period goes through March 2014.