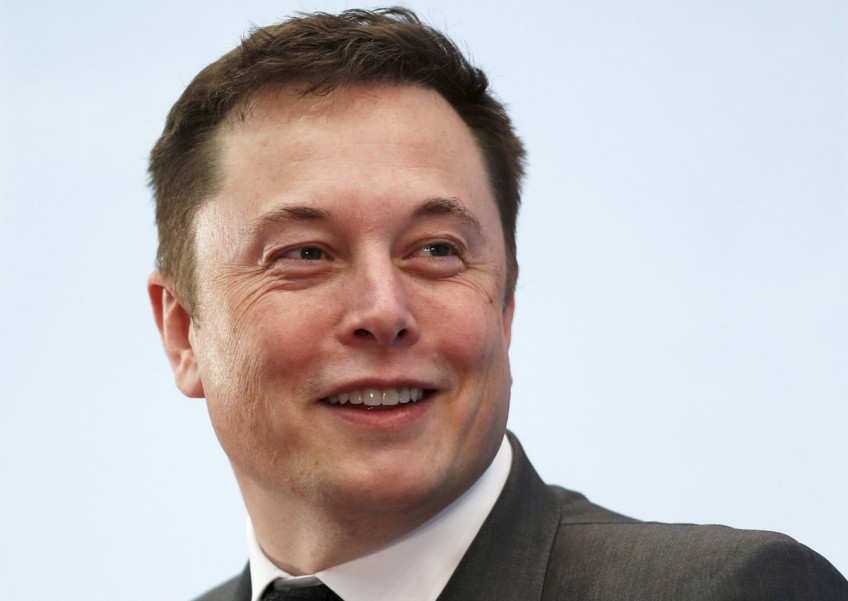 Tesla does not plan to disable the Autopilot self-driving function in its cars despite accidents possibly linked to it, founder Elon Musk told The Wall Street Journal on Tuesday.
Reuters

NEW YORK - As US auto safety regulators moved forward in a probe of a fatal accident involving Autopilot in May, Musk said in an interview that owners of Tesla's luxury electric cars need more education on using the technology.

"A lot of people don't understand what it is and how you turn it on," Musk told the Journal.

He stressed that the company has labelled the technology a "beta" or advanced testing version to indicate that it has not been perfected.

"It says beta specifically so people do not become complacent," he said.

Two recent accidents, one fatal, have involved drivers using Autopilot, though specifics of how much the drivers were still involved in piloting the cars at the time are not available.

On Tuesday the National Highway Traffic Safety Administration published a letter sent to Tesla last week requesting the company to supply detailed information on the car involved in the deadly May 7 crash in Florida, including Tesla's own analyses of what happened and of possible problems with Autopilot.

They also demanded all Tesla's records of other crashes and driver complaints, and details on the functioning of the cars' automatic emergency braking system.

Musk has defended the company's technology - the most advanced driver-assist system currently available to consumers - as on the balance safer than regular cars, noting the Florida accident was the first fatality in a Tesla linked to Autopilot.

"This is the first known fatality in just over 130 million miles where Autopilot was activated. Among all vehicles in the US, there is a fatality every 94 million miles," the company said on its website last week.

But worries have mounted that the feature has some faults, including not being able to recognise cars halted on the road, and that drivers are being lulled into a false sense of safety and not watching the road.

In the Florida accident, the car slammed into the side of a tractor-trailer crossing the road in front of it apparently without braking at all.

The Journal has catalogued a number of accidents that Tesla drivers say were linked to Autopilot use, including a July 1 incident in Pennsylvania that US regulators are also reportedly looking into.