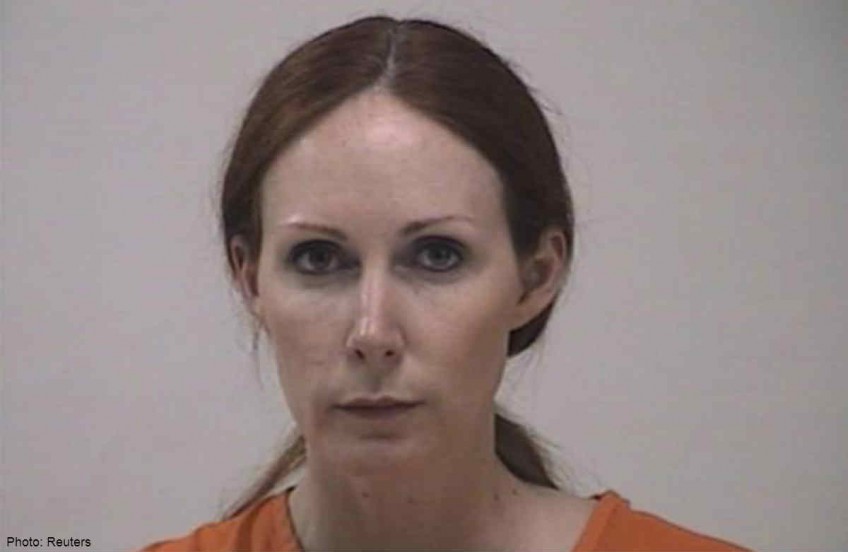 WASHINGTON - A US actress who tried to blame her husband for sending ricin-laced letters to President Barack Obama, then-New York mayor Michael Bloomberg and a gun control activist got 18 years in prison Wednesday.

US District Judge Michael Schneider sentenced Shannon Guess Richardson to 216 months in federal prison on a biological weapons charge and ordered her to pay $367,222.29 (S$456,281) in restitution.

In December, Richardson pleaded guilty possession of a toxin for use as a weapon, after being named in an indictment that charged her with threatening Obama, and mailing a threatening letter to Bloomberg and Mark Glaze.

Glaze had worked closely with Bloomberg in the then-New York chief's drive to increase gun control.

"Today's sentencing brings an appropriate and just end to what is surely one of our most unusual, even bizarre cases," US Attorney John Bales said in a statement.

He noted the investigation had been "very challenging." Prosecutors told the court Richardson, 35, had bought between April and May 2013 castor bean seeds, sodium hydroxide (lye) and other ingredients online to manufacture ricin, a deadly biological poison for which there is no known antidote.

She subsequently placed ricin onto three threatening letters addressed to Obama, Bloomberg and Glaze that were posted on May 20.

Ten days later, Richardson traveled to Shreveport, Louisiana and told police her husband was responsible for sending the letters.

She was arrested in June 2013 in Mt Pleasant, Texas.

A copy of the letter sent to Bloomberg posted online showed a stained, type-written document that contained numerous spelling errors.

"You will have to kill me and my family before you get my guns. Anyone wants to come to my house will get shot in the face," it read.

"The right to bear arms is my constitutional God given right and I will excersice that right til the day I die. whats in this letter is nothing compared to what ive got planned for you." Richardson has had a piecemeal acting career, including a minor role in the hit zombie television show "The Walking Dead."