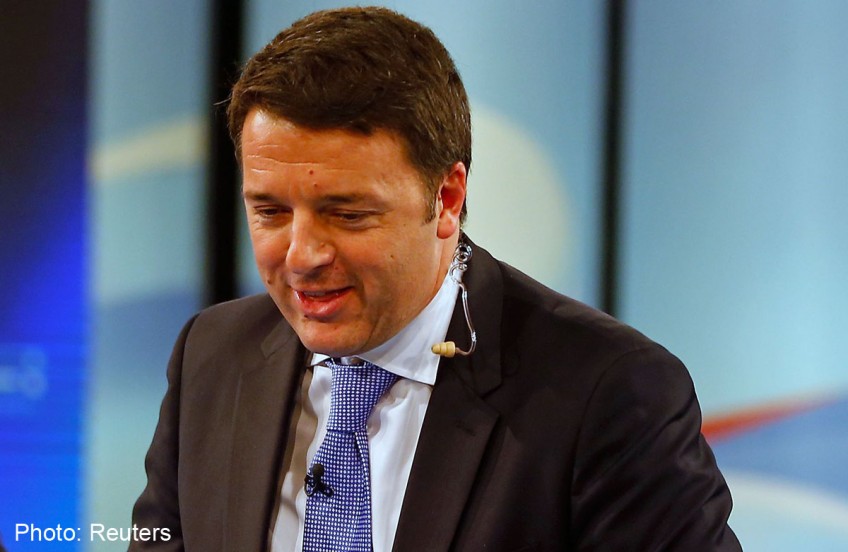 ROME - More than one third of Italians including many in the once-hostile south are ready to vote for the anti-EU, anti-immigration Northern League, a poll showed Sunday.

Matteo Salvini, the youthful leader of the right-wing regional party, confirmed his status as the rising star of Italian politics with approval ratings of 35 per cent in a Demos & Pi poll published by La Repubblica newspaper up five per cent on November.

Salvini, 41, who launched a bid to extend his party's appeal to the poorer south of the country amid much fanfare on Friday, came second in the poll to Prime Minister Matteo Renzi, 39, who it said has the confidence of exactly half of Italians.

His rise is often compared with that of France's far-right leader Marine Le Pen, who has tried to steer the National Front closer to the mainstream in a bid for power.

But Salvini has had to overcome Italy's much wider regional divisions and his party's demands that the wealthier north, which he calls "Padania", be allowed to break away.

The party has also traditionally held the rest of the country south of Tuscany in contempt. Even so the poll seems to show the party's centre of gravity shifting south on the back of Salvini's popularity.

In fact, 19 per cent of voters in the centre of the country said they would vote for it one per cent higher than in its northern heartlands with seven per cent of southerners saying they would support it.

Italy has seen an unprecedented surge of illegal immigrants this year, with more than 150,000 rescued from rickety boats attempting to reach its southern shores from north Africa.

Sunday's poll appears to show support for the government stabilising, with Renzi's popularity, which stood at 69 per cent in June before falling back to 43 per cent in November, bouncing back to 46 per cent in December.