As thousands of Asians struggle to evacuate from Ukraine ahead of Russian advance, some are vowing to stay

As Russia continues its assault on Ukraine, several Asian governments are scrambling to evacuate their citizens via its neighbours to the west.

Japan said it had an estimated 120 citizens in Ukraine as of late January and evacuation flights were being arranged out of Warsaw, the capital of Poland. Prime Minister Fumio Kishida urged citizens to make their way to the west, towards Poland or Hungary.

India said it had already evacuated 4,000 Indians since it started repatriating citizens home a month ago, but there were still another 16,000 Indians in Ukraine.

It has sent foreign ministry officials to Ukraine's land borders with Hungary, Poland, Slovakia and Romania to provide assistance to fleeing Indian nationals.

The Philippines said it had 38 citizens fleeing to Poland where they would eventually take a flight home, while South Korea said 36 of its 64 citizens in Ukraine had asked for help to get home.

Indonesia, which has 138 citizens in Ukraine, said it had a contingency plan in place although the foreign ministry did not elaborate on details.

Evacuation plans, however, are hampered by airport closures and congested roads as thousands of Ukrainians have left towns and cities to also head to the western part of the country. 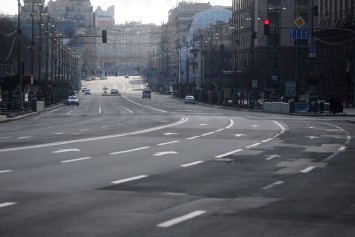 Ukraine on Thursday shut its airspace, citing risk to flight safety due to the use of weapons and equipment. Moldova, southwest of Ukraine, also stopped flights, while Belarus to the north said civilian flights could no longer fly over part of its territory.

Indian national Shreyoshree Sheel, a 20-year-old medical student, is waiting for the green light from India's embassy in Ukraine to leave the city of Ternopil.

Located in western Ukraine, Ternopil was considered the "safest" city in the country for being about 500km (310 miles) from the capital Kyiv, which has been pounded by missiles.

Russian troops are advancing on Kyiv, a city of 3 million people, where Ukrainian President Volodymyr Zelensky has vowed to remain.

Sheel woke up to images on social media showing Russia launching an air, land and sea attack on Ukraine on Thursday morning and rushed to the ATM to withdraw cash. But she had to wait for two hours in the queue.

Later, at the supermarket to stock up on supplies, she found "the shelves had also gone empty". Sheel, who hails from the eastern Indian city of Kolkata, managed to stock up on biscuits, cakes, cereal and juice and is now hunkering down in her hostel waiting for further instructions from the Indian embassy.

She said the Ternopil National Medical University, where she studies, never saw the attack coming and insisted classes would "continue as usual".

The university later said it would not charge extra if students missed classes and had to attend make-up lessons, so this week she booked a ticket from Kyiv to Delhi for Saturday.

Sheel cannot use the ticket with the closure of Ukrainian airspace. Also, all trains from Ternopil to Kyiv have been cancelled.

Together with four other Indian students "we have packed up our stuff and we are ready to leave, the moment they come to evacuate us", Sheel said.

Despite the situation growing more fraught, some foreigners have decided to stay put. They include Singaporean Ix Shen, a former actor, and Indonesian Benni Sitanggang. 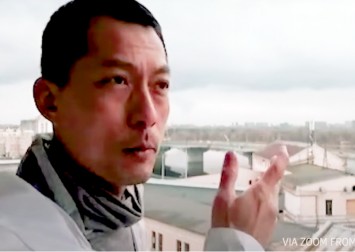 Both men are married to Ukrainian women. Shen told The Straits Times that his wife, a traditional Chinese medicine practitioner, is a reservist medical officer and they planned to remain in Ukraine since she might be called up for duty. He said he had been in Kyiv for about four months.

In the video interview, he said the couple had a backup evacuation plan but were not keen on it at the moment as it would "raise a whole series of problems", such as having to battle the freezing weather while risking being "stuck on the highway with no fuel, no food".

Sitanggang, a self-described digital creator from North Sumatra province, said in a video he posted on YouTube that his wife was nine months pregnant which made it hard for them to evacuate Ternopil, where they have lived for five years. The couple also have a six-year-old daughter.

"Now I am still waiting for my parents-in-law to come to our house. We are fine so far. I am trying to stay calm because Tania is heavily pregnant. We are hoping the baby will be born in March. I hope she stays calm and strong. If I panic, she will panic, too," he said.

Sitanggang said his contingency plan was to go to other cities such as Lviv, a city in western Ukraine that is close to the border with Poland. His family has already prepared their documents and belongings in case they have to leave their home on short notice.

Asami Terajima, 21, a Japanese reporter working for the English-language newspaper The Kyiv Independent , said she was staying in Ukraine to do her job.

Terajima, who moved to Ukraine with her family from the Osaka prefecture city of Hirakata as a child, told the Asahi newspaper that her grandparents in Japan were concerned "but I am determined to continue reporting as a journalist".

She said her father's company had ordered him to leave Ukraine as tensions mounted so her parents headed to Poland earlier this month. Otherwise, she said she didn't know anyone who had fled Ukraine before the invasion.

"We have families, pets and friends living in this country," she said. "We have no choice but to continue with our daily lives."