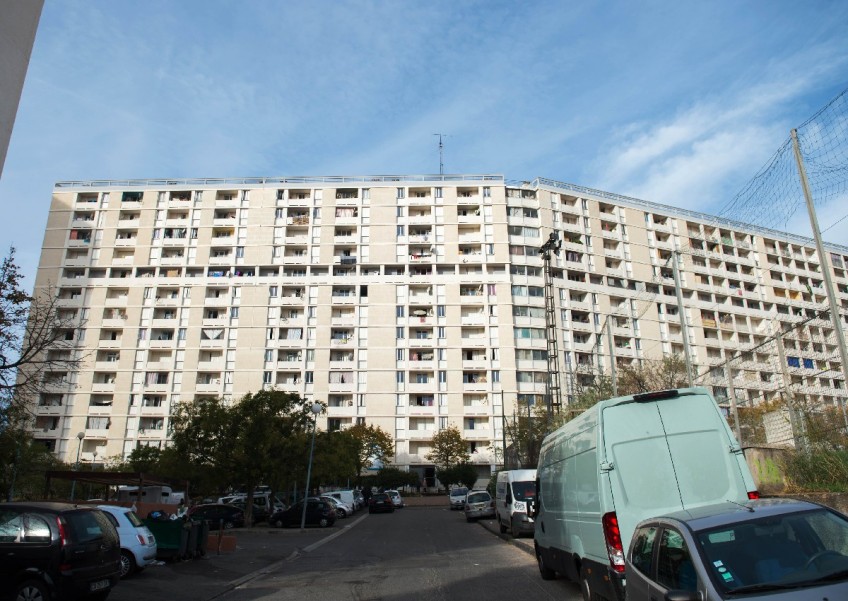 A picture taken on October 25, 2015 in Marseille, southern France, shows an apartment block of the Cite des Lauriers area where three men where shot dead.
AFP

MARSEILLE - A young man and two teenagers were killed overnight on Sunday in a shoot-out in the southern French city of Marseille, known for its violent drug wars, a police source said.

The victims, two 15-year-olds and a 24-year-old, were shot dead in an exchange of automatic weapons fire in Lauriers, one of the city's most notorious estates.

The group was standing around the foot of an apartment block when several individuals approached in two cars and opened fire, according to a judicial source.

Some 20 cartridges were found at the scene, and two burned-out cars were later discovered around 20 kilometres (12 miles) north of Marseille.

The 24-year-old was known to police, according to the judicial source. The uncle of one of the victims told AFP he was the target.

Lauriers was the scene of a massive anti-drug operation in May, when 300 police officers stormed the estate and arrested around 20 people.

The interior ministry said police had broken up 10 drug networks in Marseille since the start of the year, arresting 132 individuals and seizing 1.5 tonnes of cannabis and 39 kilos of cocaine.

Prime Minister Manuel Valls reacted to Sunday's murders with "indignation" on Twitter, saying: "Nothing will stop the determination of the state to fight organised crime."