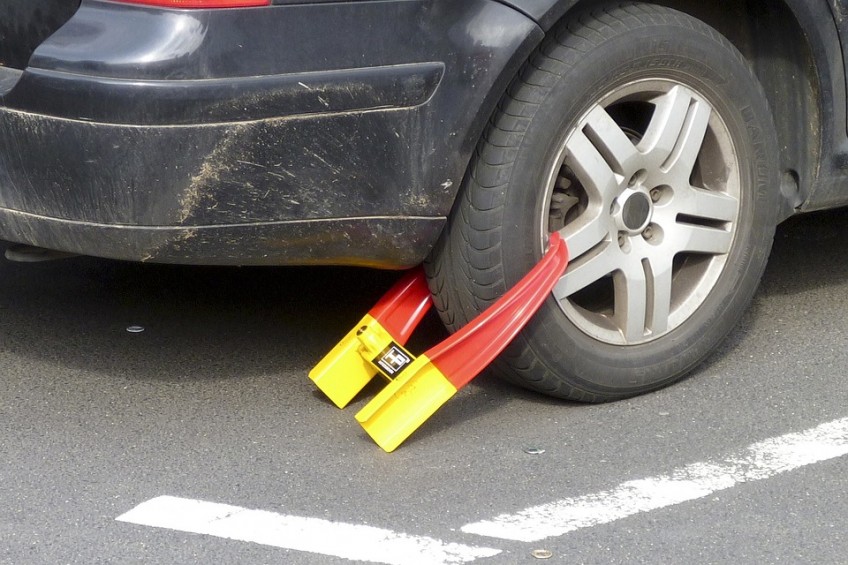 A toddler was recently ticketed by a traffic officer when she was found sporting her shiny white remote-controlled convertible in public.

The officer playfully approached the young tot and placed the ticket on her car, an amusing spectacle that was captured on camera by the girl's dad.

In the video, which was taken on Oct. 6 in Boscombe, Dorset in England, the officer - all clad in his white uniform - can be seen walking up to the young girl.

The meeting happened after she and her father had capped off their lunch and were on their way home. As per Caters News via Metro on Oct. 22, the officer told the girl she should not be there "without a permit."

"How's she going to pay that?" the dad shot back in jest as he filmed on.

The dad further shared that he just played along with the officer, as it was a light-hearted and funny moment.

"We were ready to leave the cafe and a friendly ticket officer decided to engage with us and share some banter," the dad was quoted as saying.

"It was all light-hearted and funny and I just decided to go along with it. It was just a nice comical moment that I decided to share on social media."

Well, here's hoping there would not be any more parking tickets in the future. Otherwise, dad may have to pay.