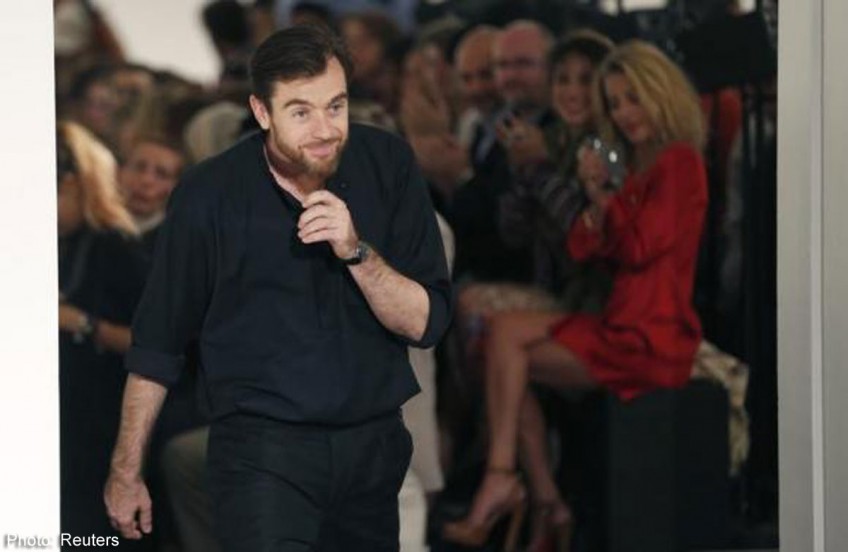 PARIS - Top designer Christophe Lemaire is leaving Hermes in the fall to focus on developing his eponymous fashion label, the French luxury group said on Monday.

Lemaire took over from Jean-Paul Gaultier as the brand's artistic director of womenswear in 2010, and his collections were increasingly gaining praise from fashion critics and enjoying growing demand from buyers.

It was not yet clear on Monday who would replace Lemaire but some analysts said it was not a concern.

"Hermes has got strong heritage and an image of timeless elegance that is quite independent from the designer," said Bernstein luxury goods analyst Mario Ortelli.

Hermes, built into a successful global brand by family descendent Jean-Louis Dumas who died in 2010, said Lemaire would leave after presenting his last collection at Paris Fashion Week in October.

"My own label is growing in an important way and I now really want and need to dedicate myself to it fully," Christophe Lemaire said in a joint statement with Hermes.

The company's chief executive officer Axel Dumas said he was grateful to Lemaire, adding: "Under his artistic direction the métier has renewed its aesthetic and produced very satisfactory financial results. I wish him the greatest success with his own label which is so close to his heart".

Lemaire is the latest designer to leave a big brand to focus on developing his own label. Last year, Marc Jacobs left the artistic direction of LVMH's Louis Vuitton to spend more time on his own fast-growing fashion business he is aiming to float in New York in the near to medium term.

In 2003, Martin Margiela quit as Hermes's womenswear designer to focus on developing his own label after having selling its control to Only the Brave, the group behind the Diesel jeans label.