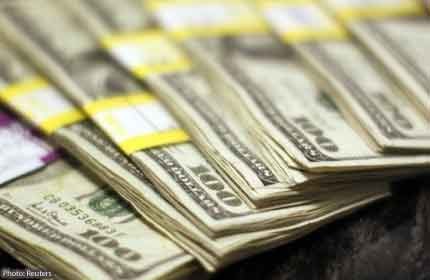 Financial warfare against Gazprom or Rosoboronexport could invite Russian retaliation against US European allies and negative consequences for Washington - highlighting the dilemmas Obama faces as he weighs how to respond to the shoot-down of a Malaysian airliner over eastern Ukraine on Thursday. "The problem is that there are really limits on what Obama can do," said Matthew Rojansky, a Russia expert at the Wilson Center think tank in Washington. "Even if the impulse is to punish the Russians, you can only go so far in hitting them because of the wider repercussions" for European energy supplies and the global economy.

US officials said on Friday they suspect the Malaysia Airlines tragedy was the work of Moscow-backed rebels in Ukraine and that they hoped it would unite the 28-member European Union, whose sanctions on Russia have lagged well behind Washington.

A US official, speaking on condition of anonymity, said Washington wants the EU to speed up its timetable for drawing up a new list of Russian targets for its own sanctions. The EU deadline is now the end of the month.

On Obama's orders, the US Treasury has carefully tailored sanctions to inflict maximum pain on Russian President Vladimir Putin's inner circle and entities backing the Ukrainian rebels, while minimizing the hurt to European economies and American business. Republican critics have accused him of being too restrained toward Russia.

At a press conference on Friday, Obama warned that he was prepared to tighten sanctions on Russia if deemed necessary but acknowledged the risk of sanctions' harm to the US economic recovery and the broader global economy. "It is a relevant consideration that we have to keep in mind. The world economy is integrated. Russia is a large economy," Obama said.

The US president did not signal that new American sanctions on Russia are imminent.

For now, Obama and his aides appear to be waiting for an investigation to pin responsibility for the downing of flight MH-17, and hoping the global outcry will prompt Putin to withdraw support for the rebels without further economic pressure.

Still, said a second US official: "We have plenty of room to escalate and hurt their economy." The latest US sanctions on Russia were announced on Wednesday, the day before the Malaysian flight was shot down by a surface-to-air missile. They targeted two Russian banks, energy firms and defence-related entities.

Notably absent was Gazprom, a significant energy supplier to Europe and to Ukraine itself. US officials acknowledge they have not targeted Gazprom to date because of concerns it could retaliate by curbing gas supplies to Europe, with significant economic impacts.

Also off the list was Rosoboronexport, which could cause a different kind of boomerang. In a quirk of geopolitics, the United States buys Russian helicopters from the state-run firm to outfit US-backed Afghan security forces. Cutting off that flow could be "catastrophic" for Afghan forces fighting the Taliban, a top US general told Congress on Thursday. (ID: nL2N0PS2AT) "If the US and the EU go the next step into broad-brush sanctions, Russia will retaliate," possibly by withdrawing support for critical nuclear talks with Iran, said Gary Hufbauer, a former Treasury official.

Additionally, US energy companies and other foreign firms in Russia "will pay the price in one way or another," said Hufbauer, now at the Peterson Institute for International Economics.

Hufbauer predicted the next phase of US sanctions, if it comes, will involve more surgical targeting of Russian oligarchs and others close to Putin, not sweeping curbs on entire sectors of Russia's economy.

That would essentially mean adding more individuals and entities to existing lists of those frozen out of the US financial system. But it is unlikely to satisfy US lawmakers demanding stronger moves if Russia or its proxies are found responsible for the destruction of flight MH-17, which killed 298 people. "When you have a bully in the playground, you've got to stand up to him. You can't sit there and calculate the potential economic risk," said Senator Dan Coats, an Indiana Republican and former US ambassador to Germany, which plays a key role in EU sanctions policy. "Better to do it now than to pay a much tougher price, a much harder price, later," Coats said in a telephone interview.

Murphy, chairman of the Senate's Europe subcommittee, echoed many other US legislators in saying it would be especially useful if European nations would join in any more assertive US sanctions push.

It remains unclear how hard Obama is willing to push European allies, or how they would respond to such pressure. But current and former US officials said they hope European anger over Thursday's tragedy will help unify the 28-member EU bloc, which does 10 times as much trade with Russia as the United States.

More than half of the dead passengers, 189 people, were Dutch. Britons, Germans and Belgians and one American were also among the dead.

EU leaders agreed on Wednesday - before the downing of the Malaysian airliner - to sanction Russian companies that help destabilize Ukraine and to block new loans to Russia through two multilateral lenders. But they held off until the end of the month on identifying those being targeted.

John Herbst, US ambassador to Ukraine from 2003-2006 and now director of the Eurasia Center at the Atlantic Council, said the Obama administration must push the Europeans to do more and if necessary move out even further ahead of its EU allies despite the risk of causing friction. "By any comprehensive analysis Russia is much more dependent on the West economically than the West is on Russia," he said. "There will certainly be some pain involved in Europe and the United States if we take very serious sanctions against Russia," Herbst told reporters on a conference call. "But the question to ask those short-sighted businessmen who worry about their profits: What's the cost of a conflagration in eastern Ukraine which spirals out of control?"