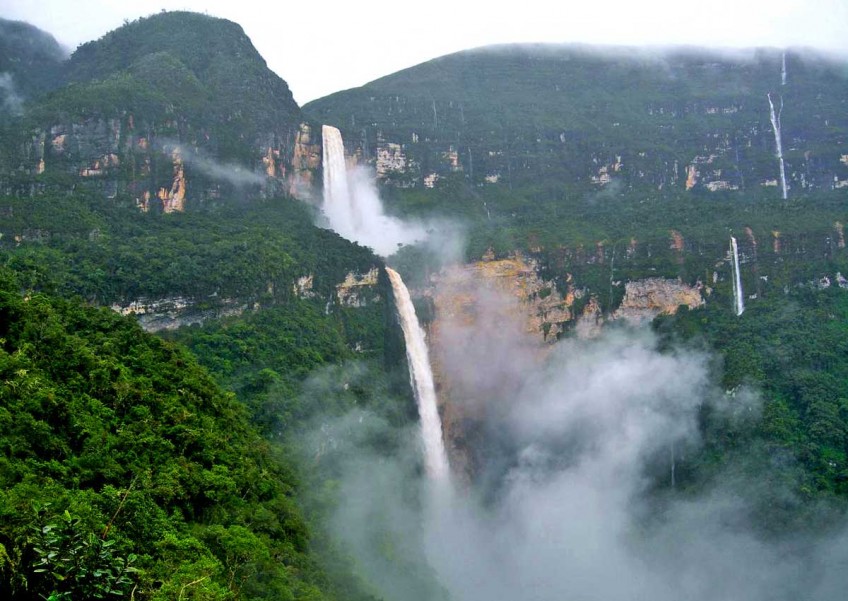 The body of Kim Jongyeob was pulled from beneath a waterfall in northeastern Peru where he had been trying to take a selfie.
Wikipedia Commons

Peruvian police pulled a South Korean tourist dead from under a waterfall in the Amazon jungle, days after he fell in while taking a photo of himself, police said on Monday.

"The tourist was found dead, submerged seven meters deep in the lake into which the Gocta waterfall runs," the official, who asked not to be named, told AFP by telephone.

"He wanted to take a self-portrait at the waterfall but while he was looking for a good place to take it, he fell."

Divers and mountain rescue teams were called in to recover the man's body.

The Korean consul in Peru, Chang Dongyool, told reporters that Kim's uncle would transport the body to Lima and cremate it there before taking it back to South Korea.

Last week a 51-year-old German tourist plunged 650 feet to his death while posing for a photo on a mountainside at Peru's top archaeological site, Machu Picchu, police said.