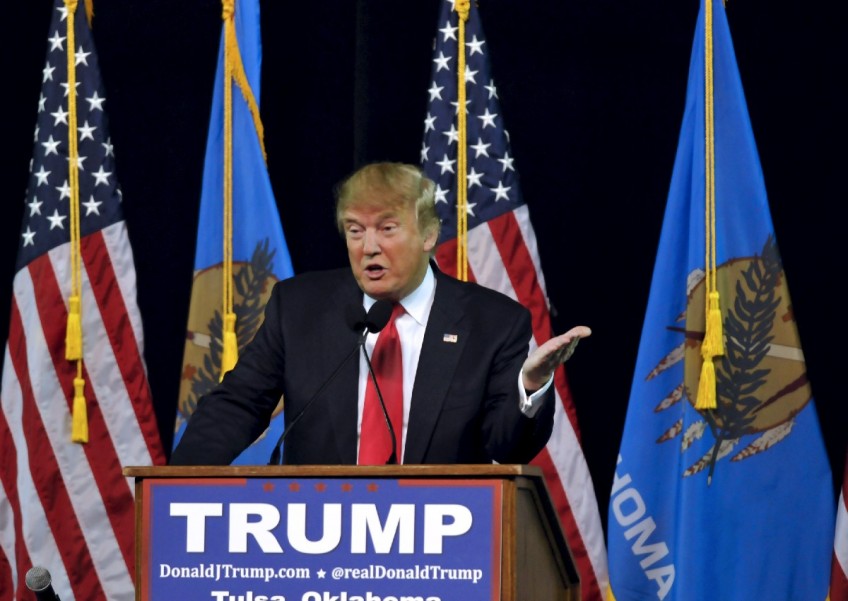 New York - Republican frontrunner Donald Trump, the swaggering billionaire who revels in money and celebrity, has upended the 2016 presidential election by casting a spell over grassroots conservatives to the horror of the political establishment.

To his critics, he is a racist demagogue or at best, a buffoon with an orange permatan and an odd helmet of hair who would either hand Hillary Clinton the White House or lead the world into unmitigated catastrophe.

To his fans, he is the definition of American success, the cut-throat tycoon who can magically fix all that's wrong with a country no longer sure of its place in the world and home to an increasingly frustrated white working and middle class.

What is clear is that the 69-year-old New Yorker defies the rules.

He insults women, Mexicans, Muslims - virtually everyone who crosses his path and yet his say-it-how-it-is honesty, defiance of political correctness and disdain for the political class has struck a chord matched by almost no other candidate.

"I could stand in the middle of 5th Avenue and shoot somebody and I wouldn't lose voters," he boasted in Iowa last week.

"It's, like, incredible." He promises to build a wall on the Mexican border, deport millions of illegal immigrants and stand up to China to "Make America Great Again."

He also plays fast and loose with statistics, and has never unveiled detailed policies.

He jets from rally to rally in his Boeing 757 like a rock star and sucks up roughly as much TV coverage as the other candidates combined, saving him tens of millions of dollars in paid advertising.

The big question is: Can he translate his poll numbers into votes? Can he win the Iowa caucus or will his campaign start to unravel when registered Republicans cast their first votes in the long road to the November election?

The Donald, as he is nicknamed, was born on June 14, 1946 in Queens, New York, the fourth of five children.

His father Fred was a wealthy real estate developer and the son of German immigrants. His mother Mary was from Scotland.

Boisterous and unruly, he was packed off to New York Military Academy, a private boarding school near West Point, and graduated from the Wharton School of the University of Pennsylvania in 1968 with an economics degree.

He then set to work for his father, who made money building and operating middle-income apartments in New York's outer boroughs. But Queens and Brooklyn were never going to be enough for the young Donald.

He shot off to Manhattan and the big league, snapping up some of the flashiest real estate in the country, riding the wave of Reaganomics and coming to embody the swanky extravagance of the 1980s.

His true wealth is up for dispute. Trump told the Federal Election Commission he has more than $10 billion. Forbes insists it is no more than $4.5 billion.

But there is barely a corner of Manhattan that the Trump Organisation hasn't conquered with luxury buildings. Its portfolio of hotels, golf courses, casinos and luxury estates straddles the world, from California to Mumbai.

He has written a string of best-selling business books and cemented his fame by starring in NBC reality series "The Apprentice," which spawned "The Celebrity Apprentice" - until the network dumped him for offending Mexicans.

There were other business flops along the way. Four times between 1991 and 2009, his casino and hotel projects on the East Coast fell into bankruptcy.

Best known until then for his three marriages, media stunts and for whipping up a frenzy over Barack Obama's birth certificate, Trump's bid for the White House was initially met by mirth last June.

But within weeks, he catapulted to the top of the polls in a crowded field of Republican candidates and there he has remained. No matter who he insults, his admirers only love him all the more.

He called Mexicans rapists, questioned whether America's most distinguished ex-POW, John McCain, was a war hero and seemed to imply that a Fox News anchor asked him difficult questions because she was menstruating.

He sparked international condemnation when he called for a ban on Muslims entering the United States. In London, MPs debated whether he should be banned from Britain.

And still thousands, particularly lower income and less-educated white Americans, flock to his rallies, mesmerized by a man who promises that he can translate personal success into success for the country at large.

Previously a Democrat and an independent, he has ditched once liberal views on gun control and abortion, lurching to the right on the campaign trail, alarming and alienating moderate Republicans.

Trump has five children - three with his first wife, former Czech model Ivana whom he divorced in acrimony in 1992, a daughter with second wife Marla Maples and a son with current wife Melania.