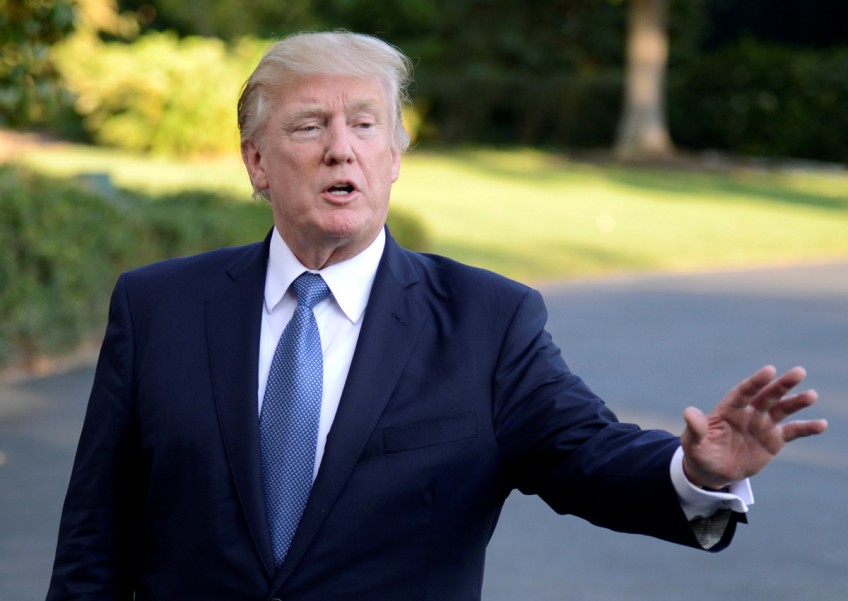 U.S. President Donald Trump responds to reporter's questions on his return to the White House from a week at the UN General Assembly and the weekend at his Bedminster New Jersey Golf Club, September 24, 2017.
Reuters

WASHINGTON - US President Donald Trump will host Thai junta chief Prayut Chan-O-Cha at the White House on October 3 as the pair seek to enhance warming ties and co-operation.

Ties between the countries had been strained following a coup orchestrated by former Thai army chief Prayut three years ago, although he met Trump's predecessor Barack Obama during a ASEAN-US summit in California last February.

"President Trump looks forward to reaffirming the relationship between the United States and a key partner and longstanding ally in Asia, the Kingdom of Thailand," the White House said in a statement.

Thailand's military has jailed dissidents, banned protests and ramped up prosecutions under the kingdom's draconian lese majeste law since toppling the government of Yingluck Shinawatra in 2014.

But the generals who now run Thailand - a former staunch US ally that has moved closer to Beijing since the coup - are now less likely to be berated for their rights record under Trump.

During Prayut's visit, which follows an invitation Trump extended during an April phone call, the pair will "discuss ways to strengthen and broaden bilateral relations and enhance co-operation in the Indo-Pacific region," the statement added.