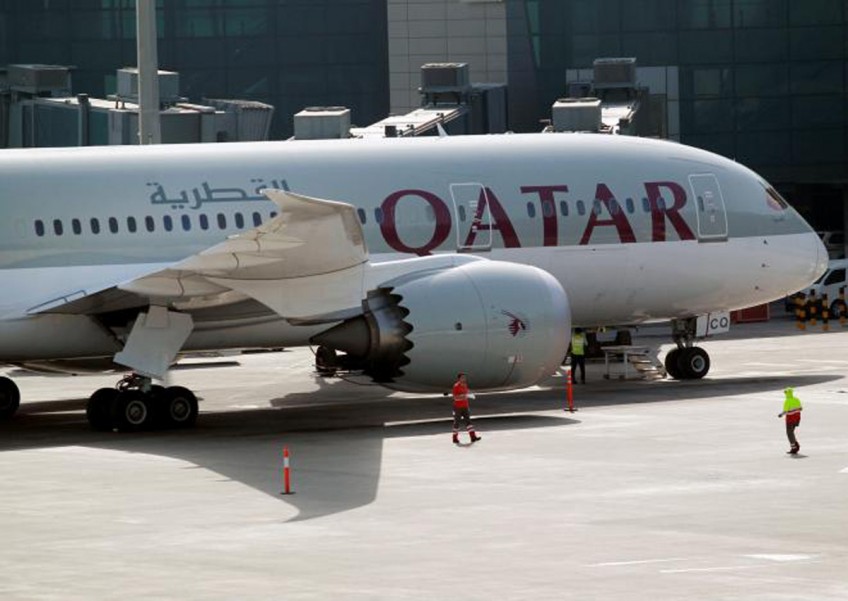 US President Donald Trump offered on Wednesday to help resolve a worsening diplomatic crisis between Qatar and other Arab powers as the United Arab Emirates invoked the possibility of an economic embargo on Doha over its alleged support of terrorism.

In his second intervention in the row in as many days, Trump urged action against terrorism in a call with Qatari Emir Sheikh Tamim bin Hamad al-Thani, a White House statement said.

"The President offered to help the parties resolve their differences, including through a meeting at the White House if necessary," it said.

Trump, in a later call with Abu Dhabi's crown prince, Sheikh Mohammed bin Zayed al-Nahayan, called for unity among Gulf Arabs "but never at the expense of eliminating funding for radical extremism or defeating terrorism," the White House said.

The UAE, Saudi Arabia, Egypt and Bahrain severed diplomatic ties with Qatar on Monday over long-standing allegations that Doha is courting Iran, which they deem the region's biggest external threat, and supporting Islamist groups, seen as the biggest internal danger.

The four countries also cut transport links to tiny gas-rich Qatar, disrupting food and other supplies and deepening uncertainty about the future of trade and investment ties.

In a sign of economic damage from the dispute, Standard & Poor's downgraded Qatar's debt on Wednesday as the country's riyal currency fell to an 11-year low amid signs that portfolio investment funds were flowing out because of the rift.

S&P cut its long-term rating of Qatar by one notch to AA- from AA and put the rating on CreditWatch with negative implications, meaning there was a significant chance of a further downgrade.

UAE Minister of State for Foreign Affairs Anwar Gargash told Reuters there would be more economic curbs on Qatar if necessary and said Doha needed to make ironclad commitments to change what critics say is a policy on funding Islamist militants.

He later told France 24 television that any further steps could take the form of "a sort of embargo on Qatar".

Reiterating comments by Gulf officials, Gargash told Reuters there was no plan to seek a change in Qatar's leadership, only a change in its policies.

Iran blamed arch-foe Saudi Arabia for the attack, which was claimed by the Islamic State militant group.

Saudi Foreign Minister Adel al-Jubeir said Gulf states could resolve a row with Qatar among themselves without outside help.

"We have not asked for mediation, we believe this issue can be dealt with among the states of the Gulf Cooperation Council," he told a news conference with his German counterpart during a visit to Berlin that was broadcast on Saudi state television.

Jubeir declined to confirm a list of 10 demands published by Al Jazeera, which included shutting down the Doha-based news channel, but added that Qatar knew what it needed to do to restore normal relations.

But efforts to defuse the worst crisis among Gulf Arabs for two decades showed no immediate progress.

The UAE threatened anyone publishing expressions of sympathy toward Doha with up to 15 years in prison and barring entry to Qataris.

Qatar has backed Islamist movements but vehemently denies supporting terrorism. It drew some support on Wednesday when Turkey's parliament approved a draft bill allowing its troops to be deployed to a military base in Qatar.

Turkish exporters have also pledged to provide food and water to Qatar if needed.

Qatar hosts 8,000 US military personnel at al Udeid, the largest US air base in the Middle East and a launchpad for US-led strikes on Islamic State jihadists.

The sudden isolation has spurred Qatar to hold talks with Turkey, Iran and others to secure food and water supplies, said a Qatari official.

He said there were enough grain supplies for four weeks and Qatar also had large strategic food reserves.

Abu Dhabi port authorities in the UAE have eased curbs on non-Qatari oil tankers going to and from Qatar, according to industry sources and shipping circulars seen by Reuters on Wednesday.

Bans on Doha's fleet using regional ports and anchorages are threatening to halt some of its exports and disrupt those of liquefied natural gas (LNG).

"Strict and firm action will be taken against anyone who shows sympathy or any form of bias toward Qatar, or against anyone who objects to the position of the United Arab Emirates, whether it be through the means of social media, or any type of written, visual or verbal form," Gulf News quoted UAE Attorney-General Hamad Saif al-Shamsi as saying.

On top of a possible jail term, offenders could also be hit with a fine of at least 500,000 dirhams (S$188,085), the newspaper said, citing a statement to Arabic-language media.

Slogans against and in support of Qatar have dominated Twitter in Arabic. Newspapers and television channels in the region have also been engaged in a war of words.

UAE airlines Etihad and Emirates said all travellers holding Qatari passports were currently prohibited from travelling to or transiting through the emirates.

They announced details of the restrictions after Australian carrier and Emirates partner Qantas Airways said it would not fly Qataris to Dubai because of the bans.

Foreigners residing in Qatar in possession of a Qatari residence visa would also not be eligible for visas on arrival in the UAE, an Etihad spokesman said in an email.

Gargash, the UAE minister, told Reuters in an interview it would be very complex to disentangle the "very diverse" business ties between Qatar and its neighbours but suggested this might be necessary.

"Tensions are still high and mediation efforts by fellow Gulf Cooperation Council state Kuwait have yet to lead to a concrete solution, so investors will likely remain on edge," said one Dubai-based trader.