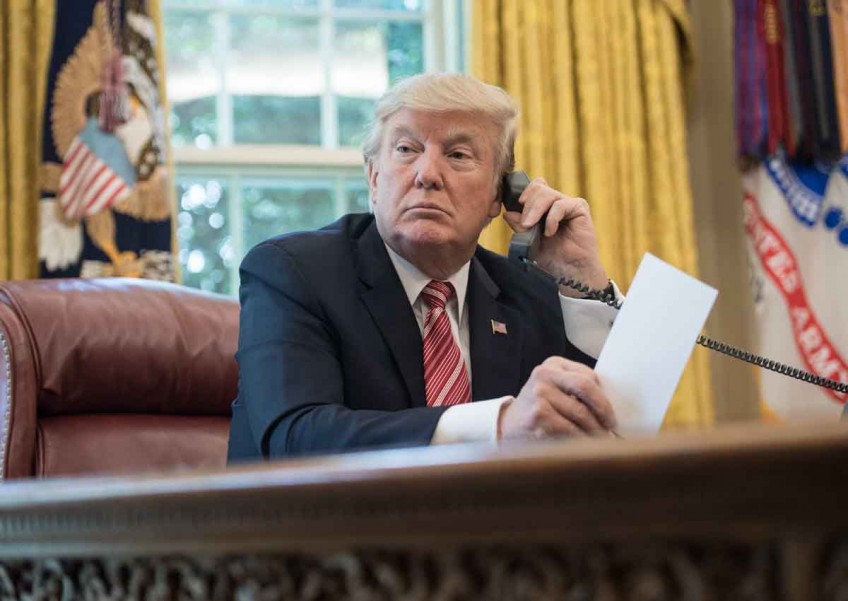 You'll need a shower after this.

RTÉ correspondent Caitríona Perry over to his desk. It was creepy. It was gross. It was not a good look.

"We have a lot of your Irish press watching us right now," Trump said while on the phone, before turning his attention to Perry.

Video of the bizarre moment when President @realDonaldTrump called me over during his call with Taoiseach @campaignforLeo Varadkar. @rtenews pic.twitter.com/TMl2SFQaji

In a moment "bizarre" fails to describe, Perry explained she was from RTÉ News and that the Taoiseach, a.k.a. the Irish prime minister, should know her.

"Caitríona Perry. She has a nice smile on her face. So I bet she treats you well," Trump replied, in the same way men think they've said something slick, but it's actually greasy and lecherous AF.

Like clockwork, Americans responded to the video online by apologising for their president's behaviour.

We apologize that our president is a weird, inappropriate creep.

He called you over to look you over. Gross. #EmbarassedForMyCountry

Yes. I'd like a huge sign that says "Pardon our mess, we are working on making America kind again."

*sigh* The apology tour Americans are going to have to go on after this turnip is ousted is going to be long.

I've been stashed in the fridge next to a bag of expired spinach and this is still the slimiest thing I've seen all day. https://t.co/0uUoGufFFj