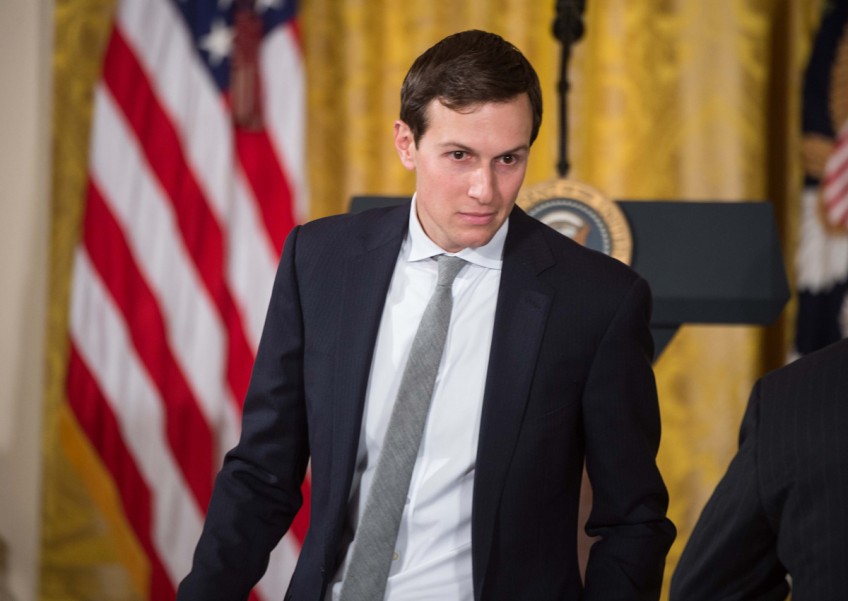 Kushner, 36, was Trump's main intermediary with foreign governments during the 2016 election campaign and now plays that role in the White House.

But it is his contacts with Russian officials that are now coming under the microscope, amid explosive allegations of collusion between the Trump campaign and the Kremlin.

Trump took to Twitter to insist that "Trump Russia story is a hoax," urging lawmakers to instead focus on his losing rival for the presidency, Hillary Clinton, the former secretary of state.

US intelligence has concluded that Russia launched a broad-ranging campaign designed to help Trump win election.

In addition to investigations in the Senate and House of Representatives, an FBI probe of Russian interference in last year's presidential election, including Moscow's possible collusion with Trump's campaign, is placing the president under even more pressure over his Russia ties.

"Throughout the campaign and transition, Jared Kushner served as the official primary point of contact with foreign governments and officials," a White House official said.

"Given this role, he has volunteered to speak with Chairman (Richard) Burr's committee, but has not yet received confirmation," the official said.

"From the beginning of this investigation, we have committed to follow the facts wherever they lead us," they said.

"Mr Kushner will certainly not be the last person the committee calls to give testimony, but we expect him to be able to provide answers to key questions that have arisen in our inquiry."

The development comes amid renewed questions over the impartiality of a parallel inquiry from the House Intelligence Committee.

It is led by Congressman Devin Nunes, who is under fire for briefing Trump about issues related to the investigation.

Last week, Nunes revealed that Trump's own communications may have been swept up in intelligence gathering on suspected foreign agents.

Nunes worked on Trump's transition team and is now leading an investigation into possible links between that campaign team and Russia.

The House's top Democrat Nancy Pelosi called for Nunes to be removed from his chairmanship of the inquiry.

She was joined by her counterpart in the Senate, Chuck Schumer, along with the House Intelligence Committee's top Democrat, Adam Schiff.

"Chairman Nunes is falling down on the job and seems to be more interested in protecting the president than in seeking the truth," Schumer said on the Senate floor.

"You cannot have the person in charge of an impartial investigation be partial to one side." Pelosi criticised Nunes's "discredited behaviour."

"Speaker Ryan must insist that Chairman Nunes at least recuse himself from the Trump-Russia investigation immediately," she said in a statement.