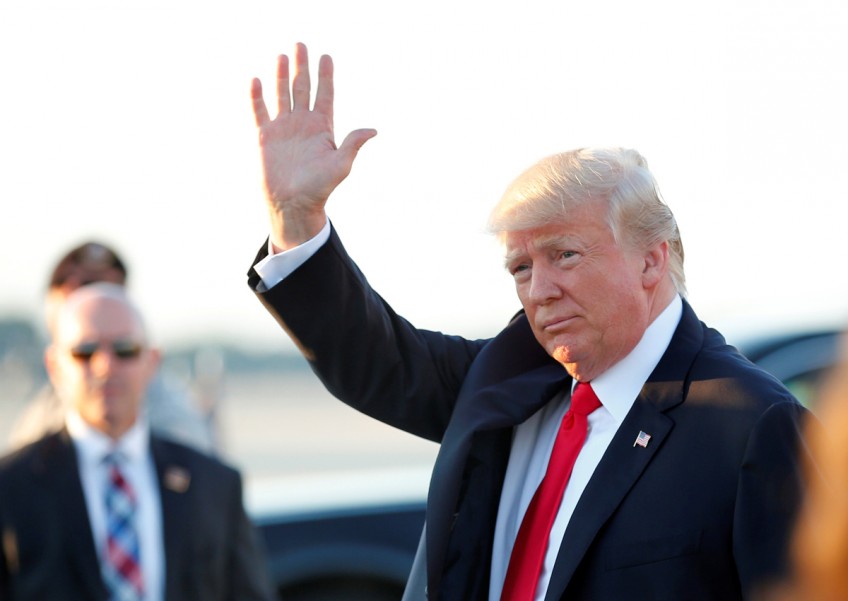 US President Donald Trump will speak with Chinese President Xi Jinping and Japanese Prime Minister Shinzo Abe on Sunday, calls that come as frustration builds in the White House over North Korea's nuclear programme and overcapacity in the steel market.

The talks come ahead of meetings he will hold with both leaders on the sidelines of the G20 summit in Hamburg, Germany, on July 7-8 where trade practices are expected to be high on the agenda.

Trump, who pledged a hard line on trade during his campaign for office, has been weighing new quotas or tariffs on steel imports for national security reasons and plans to discuss his concerns at the G20.

Trump, who met with Xi in April in Florida, had said he was willing to work with China on trade issues but wanted to see Beijing use its economic leverage to force North Korea to scale back its nuclear and ballistic missile programs, which are a threat to the United States and allies South Korea and Japan.

But Trump has become frustrated that China has not done more to pressure Pyongyang, and has been considering moving ahead on trade actions.

Trump also called for a determined response to North Korea after talks with South Korean President Moon Jae-in on Friday in Washington.

North Korea and the rich, democratic South are technically still at war because their 1950-53 conflict ended in a truce, not a peace treaty.

Pyongyang defends its weapons programs as necessary to counter US hostility and regularly threatens to destroy the United States.