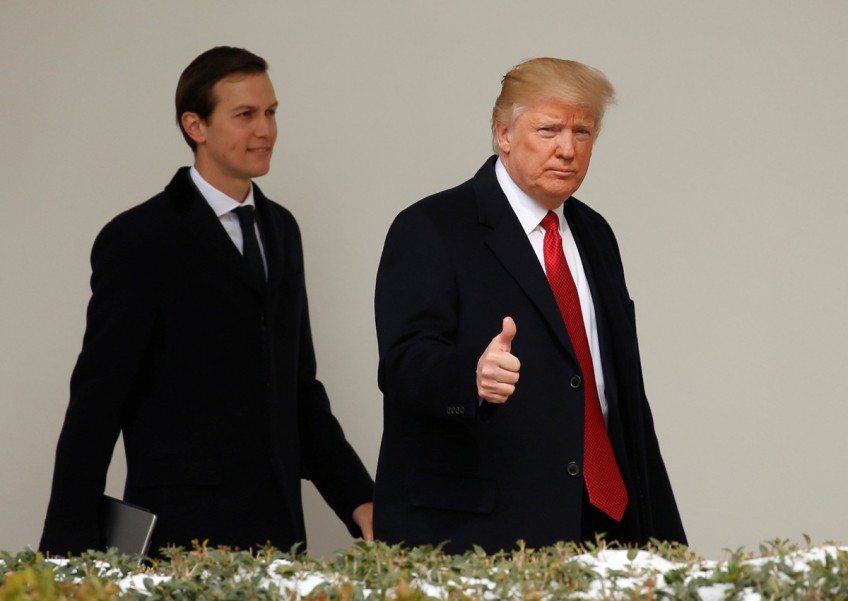 WASHINGTON - US President Donald Trump has tapped son-in-law Jared Kushner to lead a new White House office, that aims to apply ideas from the business world to help streamline the government, the Washington Post reported Sunday.

The White House Office of Innovation is to be unveiled Monday with sweeping authority to overhaul the bureaucracy and fulfil key campaign promises like reforming care for veterans and fighting opioid addiction, the Post said.

"I promised the American people I would produce results, and apply my 'ahead of schedule, under budget' mentality to the government," Trump was quoted as saying.

It is conceived as a sort of SWAT team made up of former private sector executives charged with bringing fresh ideas to the business of government, according to the report.

"The government should be run like a great American company. Our hope is that we can achieve successes and efficiencies for our customers, who are the citizens," Kushner told the Post.

The 36-year-old is a senior adviser to Trump with far-reaching influence over domestic and foreign policy.

Top Trump strategist Stephen Bannon, who has called for "deconstruction of the administrative state," will not be part of the new group, the Post said.

Technology and data are expected to be a key focus of the effort, and the White House has been working with the likes of Apple CEO Tim Cooke, Microsoft founder Bill Gates and Tesla's Elon Musk, the Post said.

Read Also: Trump's golfing as president is different than Obama's because...

"There is a need to figure out what policies are adding friction to the system without accompanying it with significant benefits," Stephen Schwarzman, CEO of investment firm Blackstone Group, told the Post.

"It's easy for the private sector to at least see where the friction is, and to do that very quickly and succinctly."