Trump's latest Twitter target swings back, and hits him where it hurts 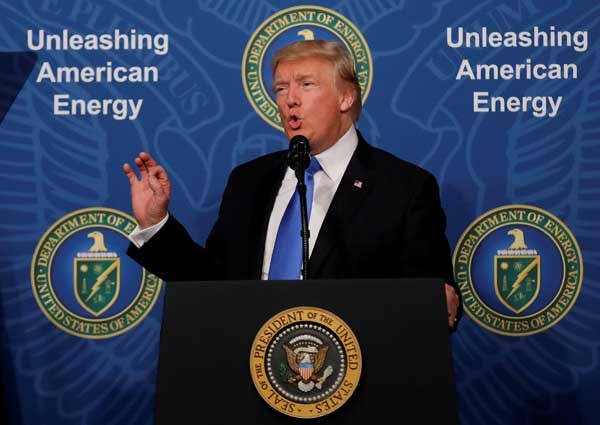 US President Donald Trump delivers remarks during an 'Unleashing American Energy' event at the Department of Energy in Washington, US, June 29, 2017.
Reuters

But this time he got the dressing-down he deserved - with a swinging shot hitting just below the belt.

During the habitual early morning tweetstorm, Trump lashed out at Brzezinski and her co-host Joe Scarborough with a frankly astonishing (even for him) sequence:

But Brzezinski was having none of it, and calmly but surely hit back with a not-so-veiled reference to Trump's teeny-tiny hands (and consequently his teeny-tiny penis):

In a statement, an MSNBC spokesperson responded to Trump's tweets saying: "It's a sad day for America when the president spends his time bullying, lying and spewing petty personal attacks instead of doing his job."

Mark Kornblau, the head of PR for NBC News and MSNBC, also chipped in, saying:

Meanwhile, the blowback against Trump's latest rant is growing, even from his own party.

Lindsey Graham (R-South Carolina) said the president's tweet was "beneath the office" and represents "what is wrong with American politics, not the greatness of America":

Republican Senator Ben Sasse, from the state of Nebraska, is basically begging Trump to stop being such a tool on Twitter: