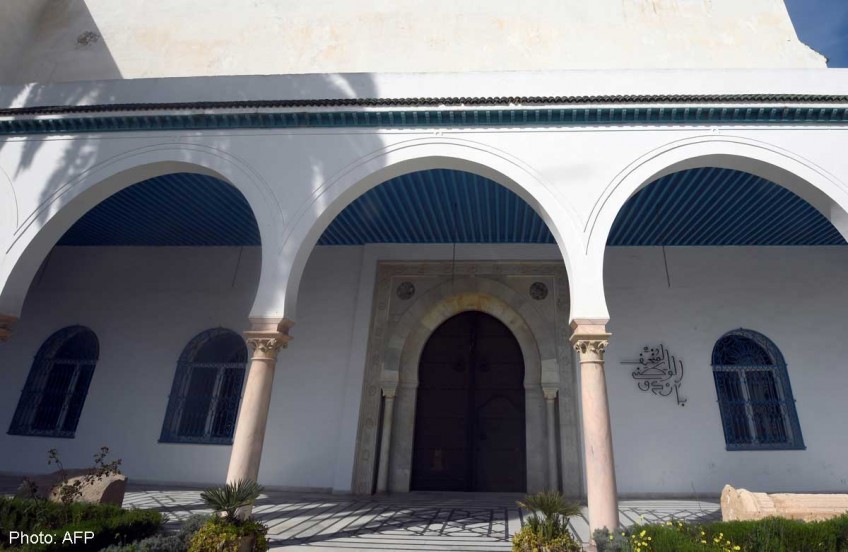 TUNIS - Tunisia's National Bardo Museum is set to reopen to the public Tuesday after a jihadist attack that killed 20 foreigners, as the country looks to restore faith in its tourism sector.

Museum officials said the reopening, which will be marked with a ceremony, was "a message" to the gunmen who killed the tourists and a police officer there last Wednesday.

"It's a challenge but also a message... we want to show that they haven't achieved their goal," museum curator Moncef Ben Moussa said.

The museum was due to reopen with a 1330 GMT ceremony organised by the culture ministry, including a concert by the Tunis symphony orchestra.

Tunisia fears that last week's carnage claimed by the Islamic State group -- the deadliest assault on foreigners in the North African country since 2002 -- will hit its vital tourism sector.

In a move aimed at restoring confidence on Monday, Prime Minister Habib Essid sacked the heads of police for Tunis and the area around the museum, after finding "several deficiencies" in security.

Essid, himself a former interior minister, "decided to fire a number of officials including the Tunis police chief and the police chief for the Bardo", his communications director Mofdi Mssedi told AFP.

A policeman in charge of security at the museum has been arrested, judiciary spokesman Sofiene Sliti told AFP, without disclosing the charges.

In a reminder of the fragile security situation in the country credited as the birthplace of the Arab Spring uprisings, a soldier was killed and two wounded late Sunday near the border with Algeria.

Tunisia has struggled to quell a wave of extremist attacks on the police and army since a 2011 popular uprising that toppled long-time strongman Zine El Abidine Ben Ali.

President Beji Caid Essebsi, who served under Ben Ali, said Tunisia was hunting a third suspect in the Bardo massacre.

"Two were killed, but there is one who is now on the run," he told France media iTele television and Europe 1 radio on Sunday.

Officials had previously named two gunmen shot dead by security forces after the attack and said they had received training at militant camps in neighbouring Libya.

Authorities say as many as 3,000 Tunisians have gone to Iraq, Syria and Libya to join jihadist ranks, raising fears of returning battle-hardened militants plotting attacks.

The Bardo attack was the first claimed by IS in Tunisia after the militant group's apparent expansion to strife-torn Libya from its Syria and Iraq strongholds.

With feeble growth and a graduate unemployment rate of 30 per cent, Tunisia relies heavily on tourist income.

"Our country is experiencing a serious economic crisis and the strategy of the terrorists is to add to this problem," Essid wrote in Monday's edition of the French newspaper Le Figaro.