Turnbull sworn in as Australia's PM 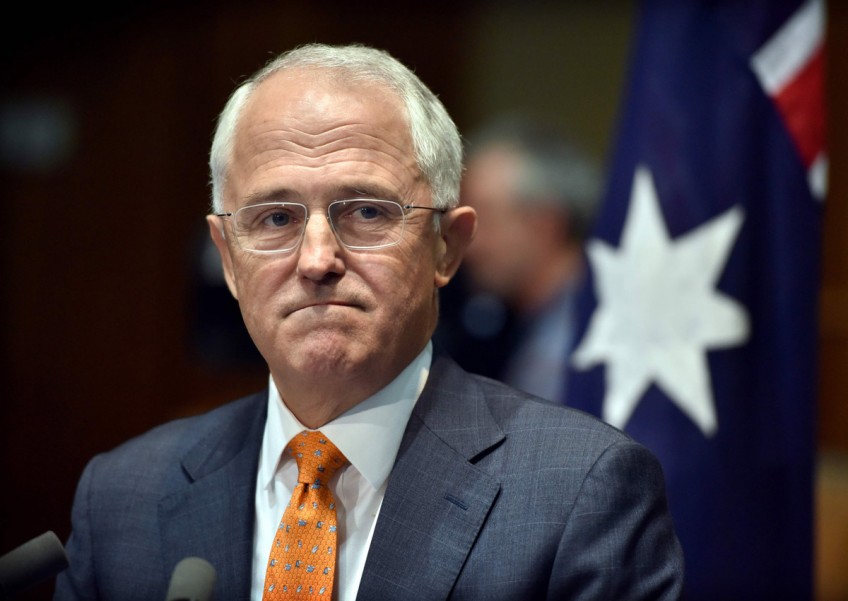 CANBERRA - Malcolm Turnbull was sworn in for another term as Australia's prime minister Tuesday after a narrow election victory with budget repair and a public vote on same sex marriage among his top priorities.

The multi-millionaire former banker's Liberal/National coalition clung to power in closely-fought July 2 polls, with the party holding 76 seats, and potentially one more with counting still underway, in the 150-seat House of Representatives.

While enough to retain office, it was a far from convincing win for the tech-savvy grandfather, as the conservative coalition lost its comfortable majority.

It has raised questions over whether he can govern successfully, with the Labor opposition increasing its lower house seats and a higher number of minor party and independent senators to contend with in the upper house.

Turnbull was sworn in at Government House in Canberra by Governor General Peter Cosgrove, Queen Elizabeth II's representative in Australia, and has broadly stuck with the same team of ministers he took to the election.

That means no front bench role for Tony Abbott, the man he ousted in a party coup last September.

His old portfolio is taken by former environment minister Greg Hunt, who makes way for Josh Frydenberg in a move broadly welcomed by environmentalists.

"Budget repair is absolutely critical," Turnbull said in laying out his top priority.

Standard & Poor's revised Australia's triple-A rating outlook to negative following the vote, concerned the tight result and more crossbench politicians in the Senate could hamper a return to surplus.

Millions of Australians cast their ballots for independents and minor parties, resulting in them winning five seats in the lower house.

It is a similar story in the Senate, with anti-immigration firebrand Pauline Hanson making a return to Canberra after an absence of nearly 20 years.

Turnbull campaigned on his economic credentials as the country transitions from a mining investment boom and focuses on job creation and diversifying the economy, as well as his tough asylum-seeker policies and a plan to hold a referendum on gay marriage.

He told broadcaster ABC on Monday evening he planned to hold the gay marriage vote "as soon as practicable".

Australia's politics has been turbulent in recent years, with a "revolving door" of prime ministers in charge. Four different leaders have served since 2013 as parties removed sitting prime ministers.