Uber may have just lost a major executive: Here's what it means 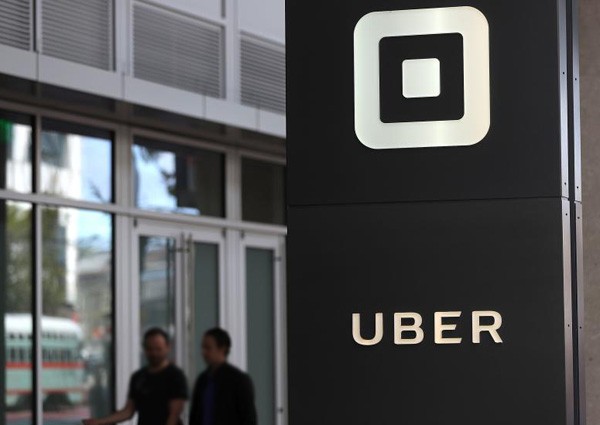 This file photo taken on August 25, 2016 shows the logo of the ride sharing service Uber in front of its headquarters in San Francisco, California.
AFP

Change may finally be coming to Uber.

The ridesharing giant is reportedly parting ways with Emil Michael, the company's chief business officer and the right-hand man of CEO Travis Kalanick, according to the Wall Street Journal.

There's also talk of Kalanick taking a leave of absence.

Uber did not immediately respond to Mashable's request for comment.

Kalanick's full-on removal has been the topic of debate between investors and reporters like our own Lance Ulanoff, and even a leave of absence would be a significant development for the embattled exec.

Kalanick has since the early days of Uber been the company's figurehead and while not its first, its longest-running CEO.

He's been heralded by many for his business acumen, and many of Uber's 13,000 employees fondly call him by his nickname "TK."

And yet, Kalanick has been critiqued for poor judgment while letting a fast-growing startup turn into a company riddled with HR-related problems.

Yes, former Uber engineer Susan Fowler Rigetti blew the whistle on the company's toxic workplace culture issues via a blog post in February, but her story was far from the only one.

Michael, who shares a close relationship to Kalanick, would be the biggest name to resign amid Uber's ongoing controversy surrounding its internal culture.

This news comes just ahead of Uber's board of directors meeting in Los Angeles on Sunday to discuss the findings of an investigation into the ride-hailing company by former attorney general Eric Holder.

The investigation was conducted in wake of Fowler Rigetti's blog post.

This isn't the first change that's come to Uber since that blog post, but it's one of the most significant and overdue moves.