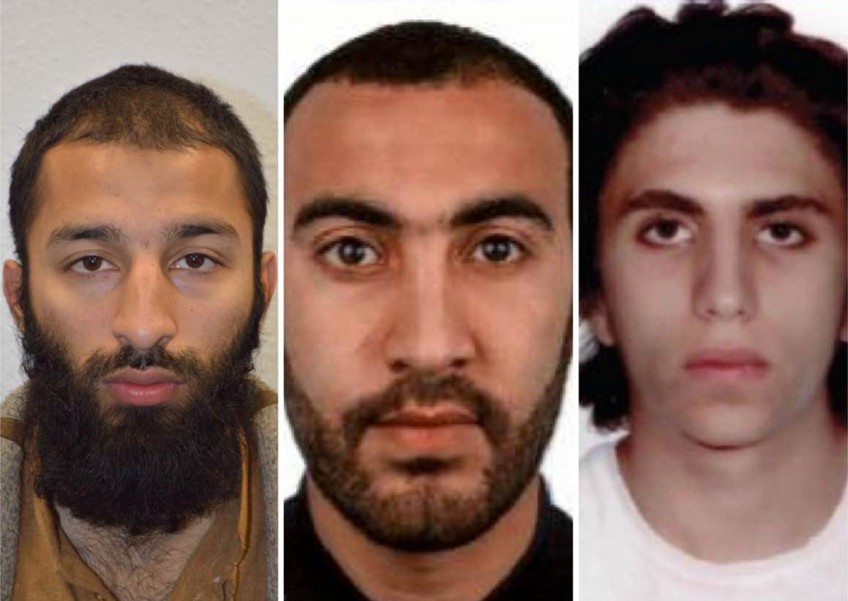 Forensic officers walk along the road at the scene of the attack on London Bridge and Borough Market, London, Britain.
REUTERS

British police investigating the deadly attacks on London Bridge on Saturday said they had arrested three more suspects, as footage of the moment officers shot the assailants dead appeared online.

Counter terrorism officers, backed up by armed colleagues, arrested two men on the street in Ilford, east London, late on Wednesday, while a third was arrested at a house nearby, police said in a statement.

Two of the men, aged 27 and 29, were held on suspicion of preparing acts of terrorism while the third was detained over suspected drugs offences.

Eight people were killed and 50 injured after three Islamist militants drove into pedestrians on London Bridge late on Saturday, then attacked revelers in nearby bars and restaurants with knives.

Closed circuit TV footage, which appeared online and in British media, showed the attackers - Khuram Butt, Rachid Redouane and Youssef Zaghba - cornering a victim and starting to stab him before police are seen arriving and opening fire.

The Times newspaper also said it had obtained footage of the men laughing and joking five days before the attack as they met outside the Ummah Fitness Center, a gym in east London where Butt trained.

Earlier this week the gym put a note on its door which read: "While Mr Butt did occasionally train here at UFC gym we do not know him well nor did we see anything of concern."

Police and the security agencies are facing questions about whether they missed chances to thwart the attack.

Butt had appeared in a television documentary called "The Jihadis Next Door", as one of a group of men who unfurled an Islamic State flag in a park and who had connections with known radical preachers.

Zaghba, an Italian-Moroccan national, was identified as a possible militant threat after he was stopped at Bologna airport in 2016 as tried to reach Syria. He was not charged, but local police monitored him carefully and said they had tipped off Britain when he subsequently moved to London.

The authorities have said Butt was known to police and the domestic security service MI5 but there was no intelligence that an attack was being planned. They said they were unaware of the other two men.

Police have made more than a dozen arrests in the wake of the London Bridge attacks, but most have now been released without charge.

In a separate investigation not linked to the London Bridge attacks, officers backed up by armed police arrested three men in east London on Thursday on suspicion of preparing for acts of terrorism.