UK to block teenagers' passports to stop them joining militants 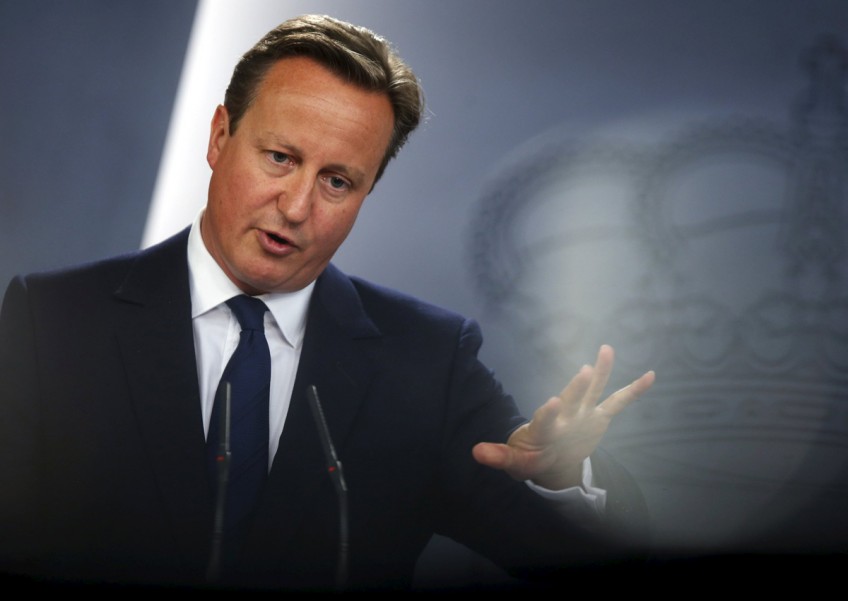 LONDON - British parents worried that their 16 and 17-year-old children might travel to Syria or Iraq under the influence of militants will be able to apply to have their passports removed, Prime Minister David Cameron will say on Monday.

The measure is aimed at disrupting a steady stream of young Britons lured by the Islamic State's radical ideology to join the militant group fighting in the Middle East.

Cameron has said that defeating militant Islamists is the"struggle of our generation".

"The government's new 'Counter-Extremism Strategy' is a clear signal of the choice we have made to take on this poisonous ideology with resolve, determination and the goal of building a greater Britain," he will say, according to extracts from his speech.

"And a key part of this new approach is going further to protect children and vulnerable people from the risk of radicalisation by empowering parents and public institutions with all the advice, tools and practical support they need."

Cameron will also say that anyone with a conviction for terrorist offences or extremist activity will be automatically banned from working with children and vulnerable people.

The government said that over the last year there had been a number of cases of young Britons travelling to join Islamic State in Syria and Iraq.

According to the latest police figures, of 338 counter-terrorism-related arrests, 157 were linked to Syria and 56 were of people aged under 20, it said.