WEST OXFORDSHIRE - The feeling of betrayal and the need to get even are inevitable for people who had been cheated on by their partners.

One woman in West Oxfordshire, United Kingdom, however, took this idea too far when she exacted revenge by killing her ex-boyfriend's pet tropical fish.

Serena Reynoldson, 35, was found guilty of causing unnecessary suffering to protected animals, and was slapped with an 18-week suspended prison sentence by Oxford's Magistrates' Court yesterday, Aug. 4, as reported by The Oxford Times on the same day. The mother of five children was also tasked to pay £415 (S$750) in court costs.

Aside from her sentence and the legal costs she has to pay, she is also banned from keeping fish for life.

Apparently, Reynoldson's thirst for revenge stemmed from the abandonment of ex-boyfriend John Fitzpatrick, with whom she has four children, the report said.

After being accused of having an affair, Fitzpatrick moved out, leaving Reynoldson to take care of their children, as well as Fitzpatrick's pet cat, snake and tropical fish.

Reynoldson poured bottles of thick bleach on the fish tank owned by Fitzpatrick on Jan. 9. She filmed herself and sent the video to her ex-boyfriend via WhatsApp. 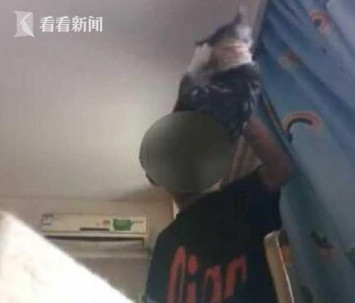 "Seeing as it's okay for you to have your hobbies but I can't have mine, bleach right in there," said Reynoldson in the video before pouring the entire bottle of bleach into the tank. She was later heard muttering the word "die" repeatedly.

"If I can't have no hobbies or a life you can't have them and I'm not paying for it," she added. Not long after, she poured a second bottle of bleach when she saw the fish starting to float indicating their death.

Fitzpatrick received the said video, as well as another one of Reynoldson threatening to poison his other pets with rat poison, the report stated.

He called the police, who asked the assistance of the Royal Society for the Prevention of Cruelty to Animals (RSPCA) to report the incident.

During her interview with the police, Reynoldson asserted she was neither aware of the what the liquid she poured in the tank was, nor of the implications of pouring the chemical.

"It's shocking that the fish were killed during this deliberate vengeful intentional act," RSPCA inspector Andy Eddy said in the report.

"There is never an excuse for such heartless and unpleasant behaviour, or for showing such a lack of empathy towards any animal by behaving in this way."